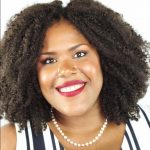 People are mad. College students, women, DREAMers, everyone. It seems that a wave of outrage hits social media every other day and that some intersection of our identity is called to protest this or boycott that. Right now, it’s Starbucks. Last week, it was police brutality for Stephon Clark. The rally cry of fed up individuals is constantly ringing throughout the streets. Protests are the culmination of community frustration. When we look at those marching and holding signs we might envision adults, but young people are just as invested in voicing their opinions. Common rapped the lyrics, “We need the wisdom of the elders and the young people’s energy.” From Howard University to Parkland, we should not ignore their perspectives. But after the hype dies down, how can activists continue and increase the momentum for their causes? Mobilizing organizations to develop model legislation and advocating directly to lawmakers can effectively turn those cries in the streets into policies. To amplify messages, groups and individuals should look towards their elected officials with definitive asks and solutions.

Students at Howard University have unequivocally demonstrated their commitment to bringing forth reform. Galvanized by a recent financial aid scandal, students are calling for accountability and transparency from the University’s administration. After eight days of occupation, Howard students and the administration came to an agreement to end the demonstration. The University agreed to work with students to address seven out of nine of the demands of HU Resist. Most notably, the administration agreed to engage Howard students on addressing the adequacy of housing, tuition hikes, and a system for addressing grievances. Financial aid is a prominent barrier between success and struggle. From late refund checks to zero funding, the students had had enough. Although the administration has agreed to address their students’ needs, we’ve heard this song and dance before without tangible results. Now it is time to ensure that students at Howard, as well as other HBCUs, get results.

HBCUs face unique challenges, such as sexual assault at Spelman and Morehouse, bankruptcy and accreditation like Morris Brown college, and a lack of state funding matching. The HBCU Collective, an organization formed by HBCU alumni is “committed to working with state and federal legislators to preserve and grow the impact of Historically Black Colleges and Universities through ensuring that it is not only a top priority of our elected officials, but that resources are allocated to ensure HBCUs are adequately funded.” The organization’s second annual Day of Action brought together HBCU alumni and current students to advocate to federal lawmakers increased financial support for students, increased funds for federal research grants to HBCUs, and funding for facility upgrades. With the fire of Howard’s protests still smoldering, organizations like HBCU Collective will be able to utilize that energy to make meaningful change.

First Amendment safeguards our right to protest. Protests are the spark that light the fire. Once that fire is lit there must be a way to keep it burning. A list of demands is crucial but it must as go with long-term advocacy goals. Once students at Howard return to classes they must focus on policies and strategies that will ensure their needs are met. The Parkland shooting at Stoneman Douglas High School, much like the incident at Howard, has set America’s young people off and demanding solutions to gun control. Students Emma González, David Hogg and others have been at the forefront in the student response. These students have motivated other students and young people to become engaged in the political process. The March for Our Lives and the National School Walkout are a part of the history of student protests.

What sets these apart from previous protests, is the addition of social media. Social media allows for the collection of stories, images, and videos to stay in the American playback. Live streaming gives everyone a chance to be in the streets even if not physically. Young people, some even as young as 11 years old, were sharing their thoughts and feelings and quite frankly letting the adults know that they’ve failed them. Not in arbitrary castigation but to challenge them to let go of the “politics as usual” mantra and to truly represent them. Ward 6 Councilmember Charles Allen inspired by youth-led protests has introduced a billthat will lower the voting age to 16 years old. Councilmember Allen previously introduced this bill in 2015 but is now seeing more support for it. Young people are watching and have been listening and now are looking to be heard. Through this bill and perhaps more like it, young citizens will have input on the laws that impact their lives.