Cardi B Shuts Down Critics on Debut Album, Invasion of Privacy 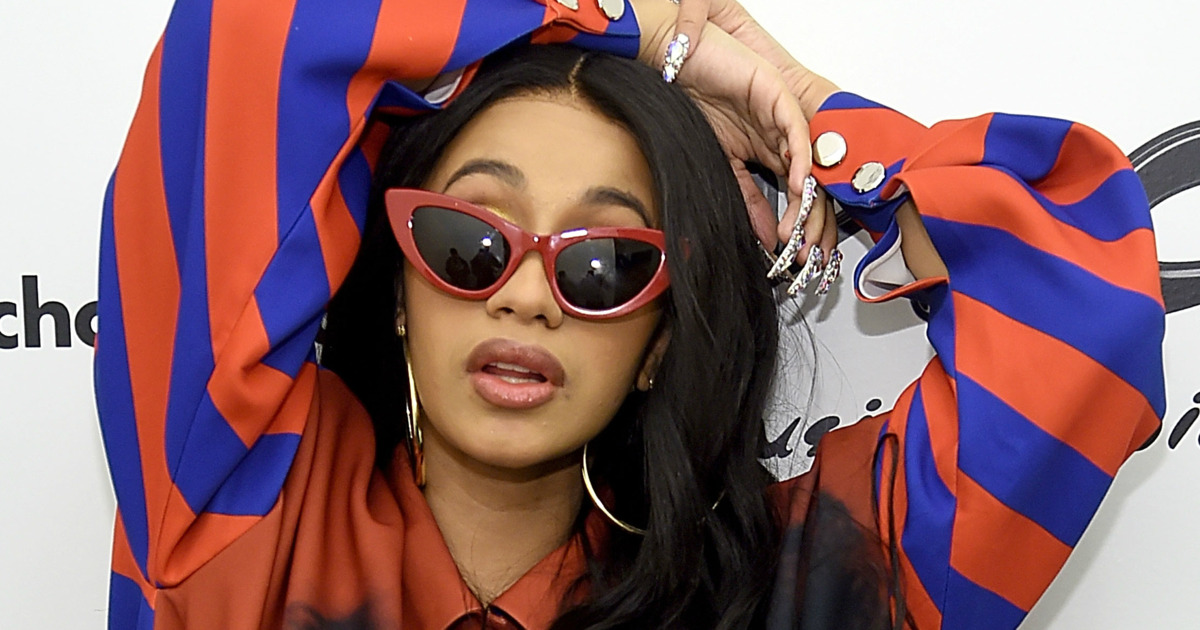 The widely anticipated debut album of Cardi B, is finally here after almost a year after the release of her first single on a major record label and first #1 hit, Bodak Yellow. The astronomical success of Bodak Yellow showed the world Cardi B’s talent and potential for a thriving rap career. Everyone knows Cardi B’s story. Raised in the Bronx, NY, Cardi worked as a stripper and found internet fame from posting hilarious and often motivational videos on her Instagram. People were instantly drawn to her larger than life personality and her brutal honesty about issues such as politics, racism, sex, woman empowerment, relationships, and more. It wasn’t long before she earned herself a spot on VH1’s, Love and Hip Hop New York, all while working on her music and releasing mixtapes.

Fast forward to today, and not only has Cardi been elevated to one of the biggest household names of pop culture today, but she has been since engaged to Migos member Offset and just recently confirmed her pregnancy during her performance on Saturday Night Live. Cardi’s journey thus far has been the epitome of “from rags to riches” and her success has inspired a lot of people. Cardi’s first album, Invasion of Privacy was long overdue.

There are essentially no “filler” tracks on this album. Invasion of Privacy was banger after banger with no lulls; and even the “calms” in the storm were great songs about heartbreak relationships. I could see literally every song being a single, which is a difficult feat to accomplish for even the most talented artist. Of course, creating an album full of potential singles isn’t always the goal for musical artists, but for a new artist like Cardi that’s trying to prove herself, it’s very impressive.

Get Up 10 – When I first heard this track, I thought I was the only person that was immediately reminded of Meek Mill’s “Dreams and Nightmares.” After seeing all the comparisons between “Get Up 10” and the Meek Mill’s track on quickly let me know that I was definitely not alone. The intro that slowly builds up to the super-hyped climax of the song makes it worthy of the title of the female version of “Dreams and Nightmares”. One thing I appreciated about this song is that it was a pretty good display of Cardi’s lyricism. I love that the theme of this song was Cardi’s journey to the top and that she gave a summary of her life before her rap career. “Get Up 10” was a great way to kick off the album.

Drip – “Drip” is super dope. Cardi’s opening verse started the track off with authority while the three Migos each filled in as support to Cardi’s. Per usual in a song with Migos, Takeoff had the best verse with the most complex flow and lyrics. Offset’s verse was pretty good but Quavo’s part was so brief that it was almost unneeded. Overall, all artists worked together well and produced a great final track.

Bickenhead – This, spin off from Project Pat’s classic radio smash, “Chickenhead,” is a great turn-up song that I can see being played at every house party. I can personally appreciate the heavily sexual lyrics from female rappers, because it’s still commonly considered taboo for women to be so sexually expressive in a world where male rappers often rely on sexual bars and punchlines to bolster their lyrics. “Bickenhead” is just fun to listen to and can instantly put someone in the partying mood.

Bodak Yellow – I’m not sure if it’s because I’ve heard Bodak Yellow as much as the average person, which is an excessive number of times, but when I listened to this song along with the rest of the tracks, it didn’t affect me very much. In comparison to the rest of her album, Bodak Yellow is almost forgettable. The song is still hot but I could see another track on Invasion of Privacy just as easily taking its place as her first #1 single.

Be Careful – I think I might be the only person who didn’t hear the “Ex-Factor” (a classic R&B song by Lauryn Hill) sample at all. It wasn’t until I Googled the song with the keywords ‘Lauryn Hill’ that I learned that the original chorus of “Ex-Factor” is echoed faintly in the background I have to admit that I was disappointed to find out that this song wasn’t written by Cardi, because I was particularly impressed with the lyrics. Either way, this is a great song.

Best Life – This is just the kind of song anyone would expect to do with Chance the Rapper; a, relatively wholesome, feel-good anthem, and the fact that it’s a song by Cardi, the absolute embodiment of “living her best life” really drives the point home. Chance had a great verse and carried the song well. I love Cardi’s last verse, the part “I never had a problem/ Showing y’all the real me/ Hair when it’s f*cked up/ Crib when it’s filthy…” in particular, because that has to be the main reason why people were drawn to Cardi’s personality in the first place. She’s never been ashamed to be anyone other than herself. The track reminds you of Cardi’s journey to where she stands now and makes you happy for her all over again.

I Like It – I love how this song started and the beat drop that followed.  I love this song because it’s different than anything I’ve ever heard in rap. I really appreciated that Cardi incorporated some of her own Latin culture into the track with the Spanish verses by Bad Bunny (Puerto Rican reggaeton singer) and J. Balvin (Colombian singer). It shows me that Cardi’s probably going to incorporate Latin influence into her music throughout her entire career, which I am excited for.

Ring – “Ring” is a softer track featuring the hugely underrated Kehlani on the chorus. I absolutely love this song. It shows Cardi’s vulnerability and is super relatable. It also shows Cardi’s versatility, she can make a party anthem and can kill these more emotional pieces about relationships, too. Songs like “Ring” and others brought a great balance to the overall album. Kehlani’s voice was beautiful and she was a great addition.

Money Bag – This is one of my favorite tracks on the album. This song has some great, noteworthy bars; IG caption after IG caption. The “with them pretty ass twins, you look like Beyoncé” line made me laugh and won me over completely. I don’t have anything negative to say about this song.

Bartier Cardi – Ever since Bartier Cardi was released months earlier, I was never too impressed by it. I don’t dislike the song, but I could definitely live without it. To me, it’s a very generic and predictable club banger that one only likes because there’s nothing in particular to dislike about it. 21 Sav Cardi’s flow sounded way too similar to one of the Migos. Of course, she may have naturally picked up some of their rapping style just from spending so much time with them and being engaged to one of them, but I’m hoping she doesn’t end up sounding too much like a female Offset as her career continues.

She Bad – This track has to be in the running for one of my favorites on the album. Cardi’s lyrics were simple but perfectly delivered and YG was the perfect asset to this song. It’s pretty hard for YG to do wrong in my eyes. He’s probably one of the only rappers that can write a chorus of two lines repeated over and over and still kill it. I love the beat and the chill, sexy vibe of the song. Of all the tracks on the album, this one probably gets the most replays from me.

Thru Your Phone – This was a great track for those in need of an anger release. I was impressed when I found out that Cardi was the one that sang the chorus; I genuinely thought that it was sang by an artist that I have never heard of before. The angry and violent lyrics in contrast with the sad, soft, almost innocent chorus reminded me of someone that’s about to completely lose their mind, which I think was Cardi’s intention. I can imagine that this song is very therapeutic to people that have been cheated on in a relationship. I really appreciated Cardi’s ability to be so candid and vulnerable in this track.

I Do – As soon as I saw this song on the tracklisting I was instantly excited. Any song with SZA is usually an instant classic in my eyes. I love that Cardi chose to end the album with this, a “bad chick” anthem to leave all the women listening with an ego boost. In so many words, Cardi is closing her album with, “I do what I like, and I don’t care what you have to say about it”. It definitely left the album on a great note.

I loved that Cardi seemed to take the same themes often touched on by the top male rappers (sex, partying, making money, being a boss, etc.) and explored them from a female perspective. There’s truly no “bad” song on this album. Anyone who refuses to see the merit in “Invasion of Privacy” most likely dislikes Cardi and her success. No one is putting Cardi in the running for the title of the best rapper in the world－well, I’m definitely not－but Invasion of Privacy definitely attests to Cardi’s undeniable talent and her claim of a rightful place in the rap game. I’m extremely happy for Cardi B and her success.

One thought on “Cardi B Shuts Down Critics on Debut Album, Invasion of Privacy”