Kodak Black and The Power Of Words Among Black People 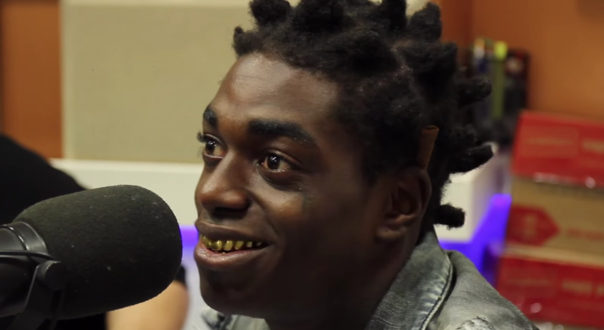 So, if you’ve never heard Kodak Black’s music don’t worry you did not miss much but you may have heard of him for making some gross comments about darker skinned women. The rapper appeared on his Instagram Live stating,

“Keke Palmer, she straight, I’d bag her, but I don’t really like black girls like that, sorta kinda.”

Then he went on to say that he prefers women more like Taylor Swift, J. Lo and “redbones.” If you ever seen Kodak Black then you wouldn’t care about what he thinks of black women (it’s always coming from someone that’s unattractive talking shit about black women). However, someone made a point which lead me to write this story about the power of words.

If you’re Black, mature and secure enough to see the beauty of your black skin then you can care less when a black man states that he doesn’t date black women. However, it took awhile for you to get to that place where you can ignore some black men’s ignorance as opposed to previous years when it probably stung. Though, you may be mature enough to not be bothered when such opinions are publicly expressed, there are some youthful hip hop influencees that do not hold such maturity. Instead, they are impressionable and easily influenced rather good or bad.

Some young black boy listening to Kodak may choose the same self hatred and find beauty only in lighter skinned women and some 15 year old black girl may grow to hate her skin because she is of darker pigment.

Yes, anyone is entitled to their preference but you have to think about the little black girls who hear black men make these type of statements, while they’re still learning the beauty of their own skin. Let me be clear, this article is not intended to attack black men who date outside of their race. Love who you love and be happy. You can’t help who you fall in love with, however you don’t have to attack black women in the process either.

The statement “I don’t like black women” is a powerful statement. In this article, I will be told that I am reaching but it is an article thats been long overdue. When you hear black men thoughts on black women most of the time you will hear black men state that “black women need to stay in their lane and be more submissive to the black men.” Many black men suggest that black women “talk too much,” and that we walk around with an attitude for no reason. Which is can be true for many but not all.

I’ve met some black women that always seem to have an attitude for no reason and walk around like the world owes them everything which can cause a black man to not want to approach a black woman ever again.  I almost didn’t write this article because I did not want to appear as being anti interracial dating, because I really do not have a problem with it. However, I do have a problem with black men that will speak hateful things about black women, denouncing them completely, and then going and dating outside of the race because of their hatred and negative stereotypes for black women. If you’re dating outside of your race because that’s who you happened to have a connection with, that’s totally acceptable. You can’t help who you fall for. However, dating specific races out of hatred for the women of your own race is extremely problematic, and it’s something that happens way too often in the black community. When its expressed it comes out as hate and not preference.

When I hear black men speak so poorly of a black woman I ask myself “What is black men’s beef with black women?” And I know that not all black men have this problem. I know that there are black men out here that really respect and love the black woman and they’re so damn appreciated. However, there is a large portion of black men that have really lost their damn minds (if I could name them lord know I would). I honestly will never understand what is there beef with us, and I don’t think I will ever get a logical answer to that question because the basis is not rooted in logic but hate. There is a thin line between preference and hate, yet many black men act as if they do not know the difference.

When you hear, a black man say he doesn’t like black women you also hear him basically saying (in your mind) that he doesn’t like his own mother (which in most cases black men will deny and say that not true however, it was shown in a study that most black men who are not found of black women have a deep personal issue with their own mother which they choose not to speak about). It just hurts sometime to hear a black man speak so poorly about a black woman because we are always the first one’s to support the black man more than anyone else.
When black men are being shot in the streets black women are going out in mass numbers to protest and resist in support of the black men. We will stand by them because we birth them; raise them alone; birth their children and are love is unconditional even if to our own detriment.

If a black man wants to date outside of his race then let him. That is now his legal right and his choice, and he shouldn’t be put down by his decision to be with a woman of another race. Furthermore, a black woman does not have to be put down to elevate your love for someone else. If you prefer non black women, do you. If opposites attract and you prefer a woman different from your complexion then do you. Once you start expressing ignorance and self hate then you open yourself up for ridicule.

I just want the black man to be careful of his words when speaking about the black woman, and the same goes for the black woman as well. In the end we need not hate each other. Just because we don’t find a particular black person attractive does not mean we are getting anything of positive return because we get a platform and choose to announce our personal disdain for other blacks.

When Kodak Black went to prison it was his dark skinned Haitian mother, weeping in the streets because in the end many black women will always be here standing by you trying to protect you from the danger and the hate of the world that a black man face day in and day out.

Words are powerful and when a child hears you downing each other, that will go into their minds causing them to have hate within themselves as they grow in age, thus continuing a negative, unhealthy cycle. In the end, I love my black men so don’t take this as me speaking hate towards you. Like I said many times here on The Juice, I just want you to be careful of the words you speak. That shouldn’t be too much to ask for. Kings only speak KINGLISH…