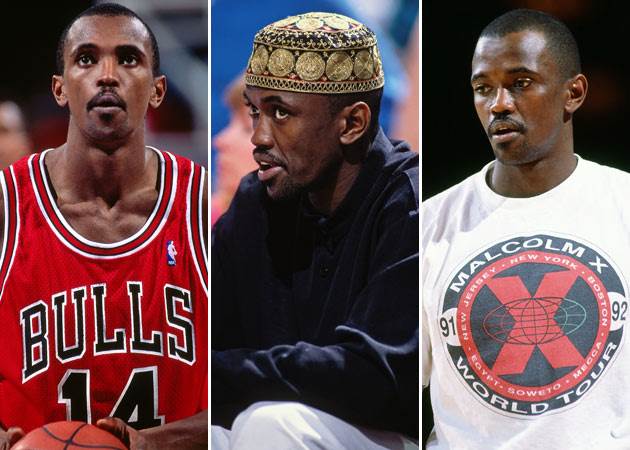 This is the first volume of an ongoing series that takes a deeper look into interesting stories and events that are often swept under the rug or represented inaccurately in mainstream media. There are many conspiracy theories, some factual and some fallacy. The TRUTH is usually that free of subjectivity, but some times the truth appears to be more compound than singular. #THEBLACKJUICE is typical BLACK JUICE fashion has decided to dig a bit deeper and bring these stories to the center of discussion.

To vote against, by putting a black ball into a ballot box; to reject or exclude, as by voting against with black balls; to ostracize.~ Webster’s dictionary

an agreement among conspirators~ Webster’s dictionary

This particular volume takes a deeper look at the story of former NBA Champion, Craig Hodges. Hodges recorded a successful 10 year career in the NBA, from 1982-1992 but his career took a turn for the worse immediately following his visit to the White House in 1992. In traditional White House Fashion, the Chicago Bulls were invited to the White House, as a result of becoming NBA Champions.

Hodges, the outspoken, sharp shooter took initiative to jot down his concerns regarding the black community and deliver it to the President’s staff. If that was not enough, he stood out in his cultural attire by opting to dress him self in a Daishiki to make the visit.

Hodges has publicly criticized the likes of Michael Jordan for his manner or lack of, using his platform. Following his visit, he was not resigned by the Chicago Bulls but much to his surprise and others around the league, he was never signed by another NBA team. Not even a try out.

He went on to file federal suit against the NBA, for claims that, ”the owners and operators of the 29 N.B.A. member franchises have participated as co-conspirators” by ”blackballing” him from the league ”because of his outspoken political nature as an African-American man.” He further describes such claim in his book, Long Shot: The Struggles and Triumphs of an NBA Freedom Fighter, which was released in January of 2017.

“I was blacklisted for my beliefs”~ Craig Hodges

The lack of interest from other NBA teams also caught, Hall of Fame Coach, Phil Jackson by surprise.

”I had the highest regard for Craig, though. He was a great team player, never caused any problems and I respected his views. I’m a spiritual man, and so is he. But I also found it strange that not a single team called to inquire about him. Usually, I get at least one call about a player we’ve decided not to sign. And yes, he couldn’t play much defense, but a lot of guys in the league can’t, but not many can shoot from his range, either.”~ Former Bulls coach, phil jackson

Billy McKinney, a fellow black man, who was then the Director of Player Personnel with the Seattle Supersonics is said to be the lone NBA official to have interest in Hodges following his White House visit. That interest did not go far as he reportedly backed off touching Hodges because,

”brothers have families, if you know what I mean.”~ Billy McKinney

After Hodges was never offered another NBA contract, he went on to take over head coaching duties at Chicago State, only to be fired during his pending law suit against the NBA. He eventually lost his suit against the league and today he is a high school basketball coach in Chicago.

What are your thoughts? Do you think Craig was actually black balled in the NBA? Should athletes not speak up because of stories like this? Tweet us your thoughts @theblack_juice