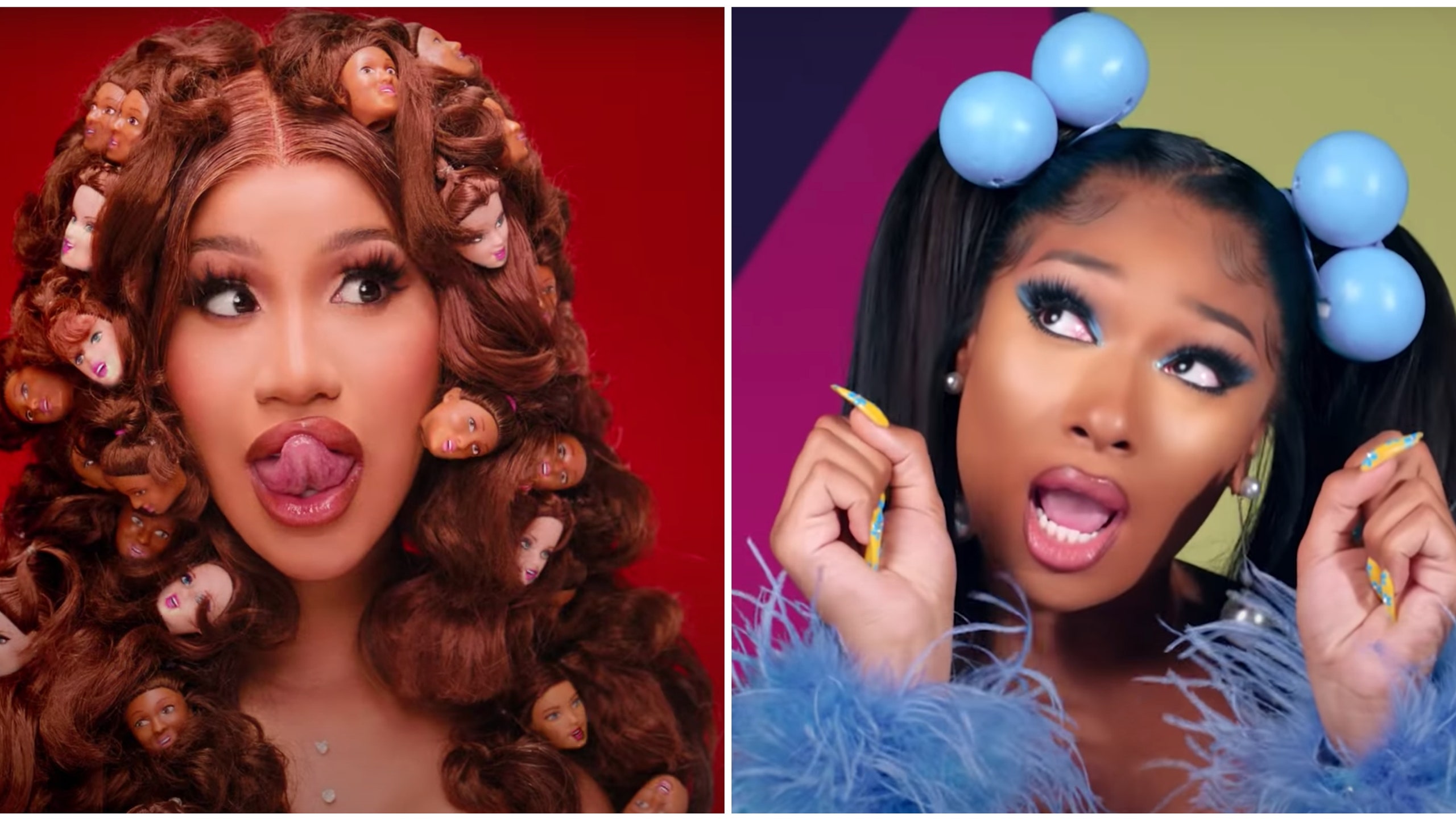 Is Hip Hop worse off today than previous years? Worse for who? Worse for those age 18 and under. My 80’s and early 90’s Hip Hop folks know exactly what I am talking about. For those already 30 plus, or almost 30, we are still in our youth but have officially turned into the “old heads.” Yes thats right, we are now the folks that say “If I knew then, what I knew now,” or “Back in my day…” All those statements our parents made regarding our generation, we are now making those same statements towards the generation behind us. Year 2000 babies are actually in college or in the workplace. The music that they are turning up to in the clubs is explicit as it’s ever been. Let’s make no mistake though, this isn’t a claim to say our era’s rappers were not explicit as well. Some of my favorite rappers, I will admit are misogynistic but that’s a topic for another article.

I mean let’s be real here. I was age 8 When Trina dubbed herself “The Baddest b****” and bragged that she would sex about 5 or 6 best friends. I was only 14 when Lil Kim flaunted her sexual skills in lyrics like, “Ill make a sprite can disappear in my mouth.” So yea, sex and dirty language has been around in Hip Hop for years and its not just the ladies. Reference Too Short, NWA or even LL Cool J on the less abrasive side if you want to. I was probably around age 7 when LL rhymed back and fourth with a young lady, whom many of us don’t even remember for anything more than appearing as the young, “but grown” woman that rapped about how she was ecstatic about getting her chance to sexually please, LL, who she referred to as “Daddy” throughout the song.

It’s the year 2021 and sexualization is just as much a lucrative strategy as it was in yesteryear if not more, with the added accessibility that social media offers. Sex is everywhere, even the fingertips of our young people no matter how closely we try to keep the influences of D’evils away from our impressionable children. The potential harm that the frequent provocative visuals and lyrics is what I want to discuss. Full disclaimer, my views will not always come off as politically correct as some would like, but I will always tell my perspective which is my truth.

From my perspective it appears that it is an apparent agenda to push promiscuous behavior, homosexuality and provocation into the lens and ear gates of the youth, which will prove to be detrimental to our community the most. Hey, I was in undergrad with Travis Porter blasting out my speakers telling me, to “Bring it back.” In high school, Trillville’s Some Cut was probably inappropriate of a listen for my young ears, but back then I didn’t see it as a big deal. Sure entertainment is just that, but back then as a youngster it still seemed like there was some sort of attempted filter. That shield thought maybe delusional even back there is undebatable nonexistent in present year. Forget late night programming, with UNCUT videos. Unlike cd’s, streams have no parental advisory label. There is limited discretion and accessibility is as easy as its ever been. I’ve never known anyone to let that little placement of the E for explicit content stop anyone from streaming the content rather of age or under age.

Early this year, Country artist, Lil Nas X, was named to the New York Times Best Selling Author list with the success of his children’s book, C is for Country. Not too long after that, the Old Town Road, singer went viral for revealing to the world his new body modification with breast implants that he referred to as “retail therapy.” The revelation left many puzzled, as the singer appeared to first be attempting to reach children with the release of his book but then parents began to question the safety of letting their kids read from such author. Rightfully so.

got bored so i bought titties.
what u guys think? pic.twitter.com/dgvVWdpK23

Like many Americans, I find myself working from home a lot, and on this particular day I decided to let Vevo play in the background with new music videos. As a child I viewed a lot of music videos, much to my mother’s complaint, I would sit in front of the idiot box and watch MTV Jams for hours. I’d like to believe that I turned out ok, but I am also someone who admittedly is still influenced by the music and videos that I consumed back then. I am still taking trips to locations of Dave Myers, Little X and Benny Boom directed videos because the video’s location and saucey visuals influenced me. But this isn’t about wanting to be where the party and the views were. This is about over sexualization of women and gender bending identities thats getting more and more driven and influenced by dominant culture. While Vevo was on, Cardi B’s Up video and Megan Thee Stallion featuring DaBaby’s video, Crybaby played. I don’t want to sound like the old lady in the room, but to say that I was outraged would be fitting.

Hey, I am all for grown women opting to have a Hot Girl Summer, women empowerment, women owning their sexuality but I do take exception to that coming at the expense of our communities youth and innocence. Both video’s are super sexual and displays the objectification of women which is nothing new but the setting of Megan’s video is problematic as it takes place in a a children’s replica toy store. As a result the message then seems to not be age appropriate but instead intentionally targeted to a younger demographic which seemingly is children. The video starts off with popular, Instagrammer, @blameitonkway playing with barbie dolls in a child like voice. His videos regularly goes viral and he has 5 million followers on IG. Kway gained his popularity by crossdressing in women’s clothing in what was his attempt to humor viewers that viewed his content.

Aside from the explicit sexual language on the track, the Kway appearance in the video leads to a deeper yet controversial discussion that has become taboo to discuss within The Kulture because of the heightened sensitivity surrounding the topic. That topic being the alleged agenda by media to feminize Black men and sexualize women. Now I am not here to suggest, that LGTBQ representation will alter someone’s sexuality but I do think that it is a fair claim or observation to make that a sudden push is apparent. I am trying to be careful with my words here, as I’ve witnessed far too many times people get labeled “homophobic” for offering differing perspectives than others on the topic. However yes, I do think the images, attempted normalization, and popularization over hyper sexuality and fluidity can prove to be harmful to younger demographics.

I don’t make music for kids I make music for adults. Parents are responsible on what their children listen too or see…I’m a very sexual person but not around my child just like every other parent should be. ~Cardi B 2020

This is not a plea to censor Cardi or Megan, as I realize that sex sells and they are grown women that are free to do as they please with their art. This is simply a plea for us adults to be mindful of what we promote, because the kids are always watching with impressionable lens and minds. In response to criticism, Cardi defended her music by reminding folks that she is an entertainer and her music is for adults not children. We can’t control society and what type of content artists choose to release, but it is my right to ask that we all be mindful of who is watching us and what type of influence we are leaving. If we all as a Kulture and community assumed that responsibility and mindfulness then we would all be better off, including our babies. They are the future. Don’t be defensive, just be conscious of what we are putting out into the world and what we are condoning via are actions.

Be sure to listen, subscribe and support 4 The Kulture Podcast on Podcasting platforms