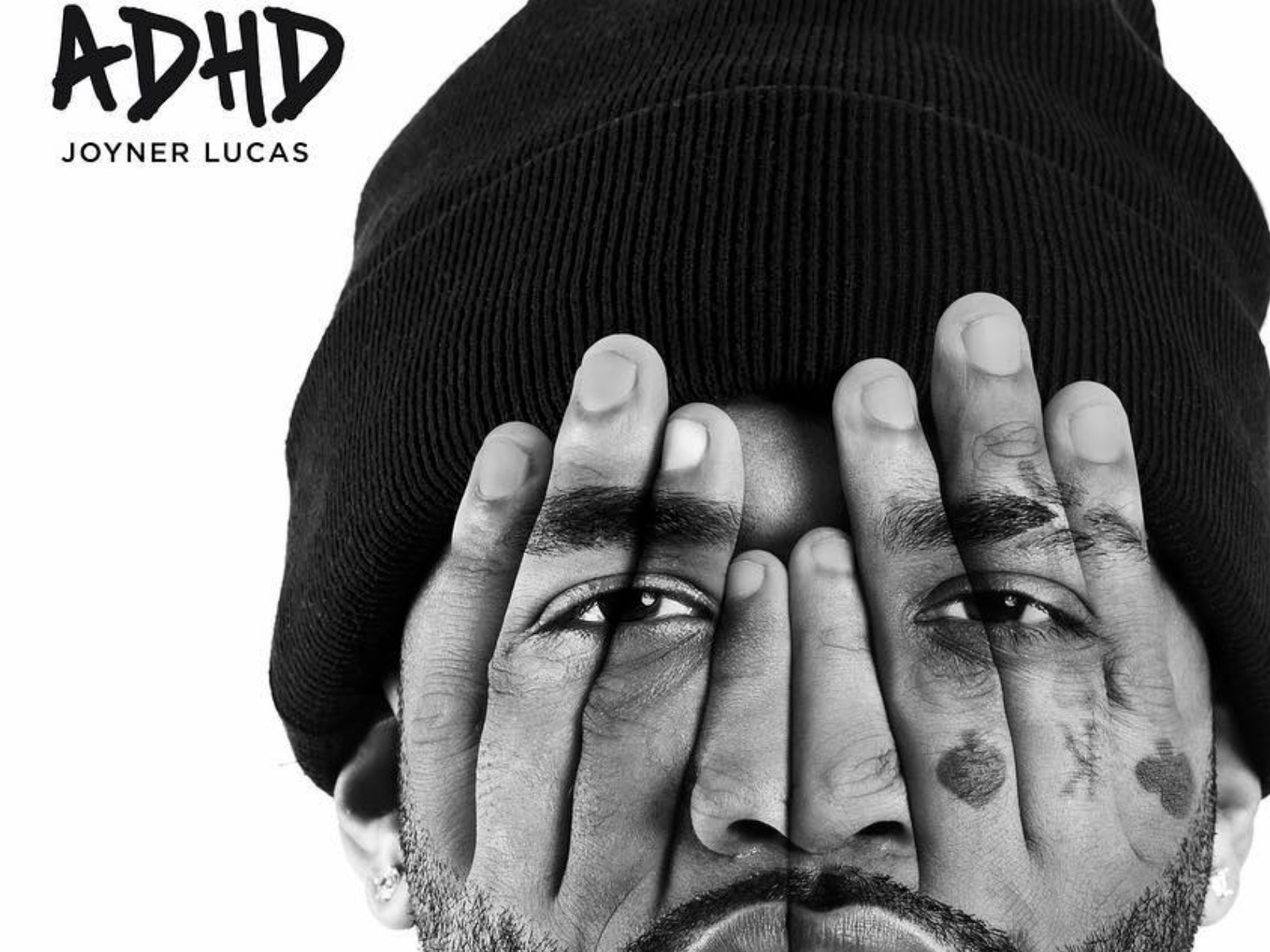 To be fair, I know seldom about Joyner Lucas. He has 7 videos to this project that I am yet to see. It also seems difficult to find a fan! Heard him on Eminem’s “Lucky You” and thought he was decent though. I also heard about some mini beef with Dave Chappelle that came and went. Yet this album seems long awaited. Last project dropped in 2017 where he peaked at 9 on the Billboards for 1 week…damn. Well, let us see what this new joint hit for…

On first listen, I find it difficult for me to be playing again. Aesthetics of the album was obviously fast paced flow over matching beats, which makes it very overwhelming though that marriage does fit. The 2-verse songs really fit with the ADHD title. There were only two 3-verse songs which were both decent. Skits were pretty fitting as well. The features were all pretty forgettable. I believe the album could have ended on track 15 and really held the ADHD narrative.  So was it worth the wait…..nope!