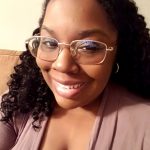 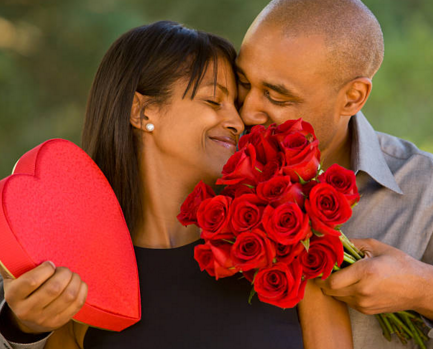 Can we be real for a moment? Is having a good man enough? I receive countless emails from women who feel they have met a good guy but still sending nude pictures to their ex in prison…mm mm mm. Some men will say women don’t know what they truly want. The ladies will argue they refuse to settle. Either way, if a good man fell into your life right now would that be enough?

A lot emails state how they have dated men that were absolutely wonderful. He treated her like a queen and actually made her feel like the only women in the world. He shared a lot of the qualities she dreamed; came from a good home, mother loves her, his friends love her, he only has eyes for her…and yet she still not that into him. Hear that talk from men who whine about how women don’t like “nice guys” or that “nice guys finish last” is turning out true. Instead, ladies settle for the perfect relationship with Jody from “Baby Boy”. Women wish for that Ciara relationship, but often wish that Future had Russell Wilson’s mindset. Some people (men and women) do look for a soft place to land to lick their wounds once they get their heart’s broken. This comment implied that women in general only see good guys as emotional janitors. That is not true for most emotionally stable women. Some women are quoting “that we love men that treat us like shit”. Giving life to such situations and believing that all men are the same. For one emailer, she dated this man for several months and although she didn’t really like him at first, she grew to like him as a friend. That can often happen in the beginning and how many relationship SHOULD start out. It usually makes for a beautiful relationship. She described him as being educated and a gentleman always treating her with respect. He complimented her really well, got to know her inside and out, and supported her when no one else did. Even helped her pay for school and bought her a new car. He was in love with her and had no problem with letting the world know. However, even after all of that, after seven months of dating, she broke up with him and asked if they could remain friends. Being the “nice guy” that he was he obliged and they remain close. I was shocked reading this story because he sounds so perfect. Like everything she wanted! I asked her why she broke it off after seven months and she said, “He just wasn’t good enough for me and I knew he wasn’t the one I’m looking for”. Oddly enough, I knew exactly what she meant.

Sometimes, a man can have a bunch of amazing qualities that will separate him from the majority of guys. He will be that light that she is so desperately missing. He will casually catch a female’s interest and she may grow to like him for those qualities and will try her best to stay…until her reality kicks in. He’s smart but he doesn’t want to go to school. He’s very giving but he always expects something in return. He’s a gentlemen with you but an asshole to everyone else. He loves sharing the relationship but only to a certain degree. Ladies, no man is perfect. While fantasizing, women have to learn what flaws they are willing to live with. Yes he may be the nicest guy, yet if a woman has one or two flaws that she can’t live with she’s going to eventually decide to move on. Is that fair? Is it selfish? Does being the nice guy suck? Maybe. Would any man want to be with someone who will eventually hurt them and will leave them at the drop of a dime once she meets the guy she really wants to be with? Women never consider a man’s feelings when it comes to the heart. Rather justify it by thinking that she’s the one that will have to live with his flaws on a daily basis, not the rest of the world. Life is too short to mold a man into what you want him to be.  An elder once said that “You don’t date someone for what they can become but rather who they are at that moment”. It’s not a women’s responsibility to see that a man change for the better. They have to want to change for themselves. Lauren didn’t have to change Nipsey, he was already at that place and heading to something even better. So ladies, until you meet your “Good Guy” stay single and build on you until you meet him. We know he is out there, we shouldn’t have to settle…