The Great Debate of The Wilson Relationship 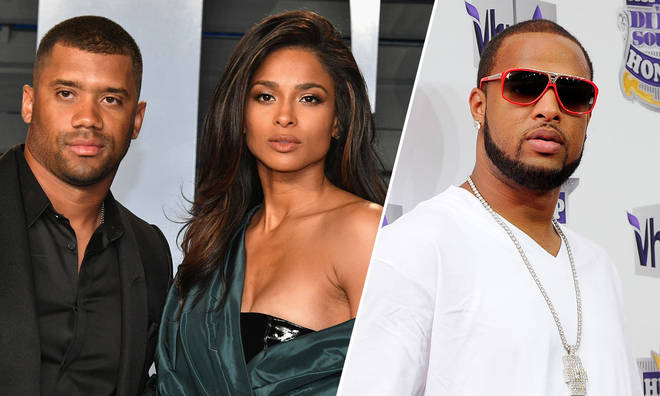 When it comes to men I don’t really have a type. I always believe in giving most men a chance, even the guys that no woman would be caught dead with. However, I always been attractive to the good guy. Yes, I know men will say thats bull****, but it was something about a man who is an overall good person that turn me on. However, just like a good girl, good guys doesn’t tend to go for a good woman. They tend to go for the woman who is looking for someone to take care of them; as well as women who go for the same. Like when the “black nerds” went on attack earlier this year about how black women doesn’t go for a black male nerd. Which was far from the truth. The problem is that black people love to have this battle over other black people “preferences,” but doesn’t like to admit that their standards are the main reasons why they’re single. Let be clear, you suppose to have standards when you’re looking for a life mate. However, your standards could be the main reason you’re single in the first place. Which is why Black men can’t seem to let go of Ciara marrying Russell Wilson.

Be real if Ciara stayed with Future, black men would be calling Ciara stupid for settling. Nonetheless, since Ciara decided to move on with her life and pull her big girl panties up. All Black men can seem to do now is bash her every move. Honestly, I’ve never seen Black men so bothered by one-woman’s decision not to settle for less. Since Ciara decided to make a self-change in her dating life, Black men across the world have been shook. It’s like they wanted her to be weak and sit at home crying over Future like many Black women do in that situation after a breakup. But if she did done that, then she would have been a typical “bitter Black woman.” It is like she can’t win for losing in a Black man’s eyes. Ir is becoming disturbing to see this.

Let’s Not Make Things Complicated, When They Don’t Need To Be ? #LevelUp

It leaves me wondering what do Black men want from a Black woman in this situation? While apart of me do believe that the media share these stories of Ciara, and Russell and Future to keep Black women and men divided (it the conspiracy theorist in me). Truth is, we were not present for Future’s and Ciara’s relationship but if you look at the relationship of Ciara and Future, you wonder why Ciara would even get with a man like that in the first place? While I have no issue with dating a man that has a child, but to date a man with three different baby mothers that he did not marry nor became serious with, should have raised a flag. But like women who choose to date men with multiple baby mothers, or multiple women, she likely thought that she would be treated differently than the other women he impregnated. They dated for a year and half, and everyone thought that they were a good-looking couple and could possibly last especially after they had baby future. We all know how their relationship ended so no need to share the full recap. However, their relationship have left a greater debate between black men and black women about their preference and co-parenting etiquette.

This past week, Houston rapper Slim Thug did a radio interview where he stated that the only reason Ciara married Russell Wilson was for financial security. While there isn’t much context regarding how the Wilsons became a topic of discussion in this radio interview, but Thug didn’t hesitate to share his theory. “Do a woman who used to talk to Future really want a Russell Wilson?” Thug asks the radio show’s hosts. “I don’t believe it. I think it’s all for financial stability.” Even though they’ve gotten married and had a baby of their own, Slim Thug simply isn’t buying it. “No hate, I bought his shoes the other day… I’m just saying I have no personal issue with him, or her, God bless them,” he clarified before further explaining why he doesn’t think their relationship is legit. “He’s just a corny dude, ain’t nothing wrong with it,” Thug says. “I ain’t gonna say corny cause that’s hatin’ but he’s just like a square…I don’t believe a girl coming from a street dude could even adapt to that.”

After the interview was shared, it turned into another great debate between Black men and Black women that forced Slim Thug to apologize. But Slim Thug is just like many men who share their opinion on this on-going topic. They are willing to look past that after Ciara gave birth, her father had to step in to help her raise baby Future. They are looking past that Ciara had to go to court, to make Future spend time with his own son. Black men are so quick to jump on Future side saying that she were wrong, and that she should have waited until Future was ready for marriage instead of getting with a “corny ass man” like Russell Wilson. But they are so fast to look past Future’s actions, that led her to leave him in the first place.

This is what typically happens when a man expects a woman to wait until he gets done living his “best” life before he commits. A man can be wrong as two left shoes and can even break your heart into a million pieces, but all of that goes out the window when you hurt him or move on.

But women y’all are not getting off so easy. Get mad all you want, but Slim Thug had a point. Let’s be real for a moment, every woman loves to glorify Ciara for leaving Future and marrying Russell but won’t even follow in her foot steps. Women love to comment I want a “good guy” or “corny man” all the time but will look past him when you meet an Alpha male or street guy. You can have a Russell right in front of you right now but are looking past him because he doesn’t fit what you’re looking for in coolness. Black women love to claim that they want a good man, but if he doesn’t fit their type then he’s only good enough to pay their bills. A good man can come in all forms because he’s made in the most high image. So, to think that you can build a good man is straight ludicrous. That is what Ciara tried to do with Future and we see how that failed. She had to grow up to be ready for a man like Russell. If she had met Russell beforehand she probably would’ve lost him, because she wasn’t in a place to accept the kind of love that Russell had to offer. But women will go their whole life thinking that it’s the men fault (and at times that is the case), but its really them. Ciara had to admit to herself that she was the problem in order to heal. At the end of the day, a great love comes when you find self-love from within. If you don’t learn to love yourself first, then you will be spending your whole life trying to mold a worthless man into a Russell. Overall, this conversation is so overdue and Black people need to let it go and level up.