Cardi vs. Azealia: The Female Rap Feud That Shook The Internet 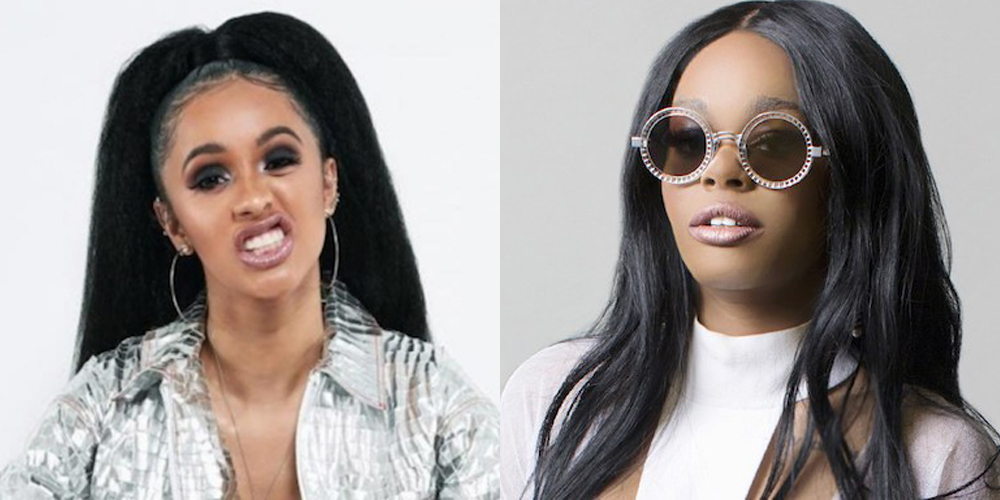 The past couple weeks have found both Azealia Banks and Cardi B, both in the middle of internet. This time they areat odds with each other. Rapper Azealia Banks was interviewed by The Breakfast Club a couple of weeks ago, in which at some point, DJ Envy asked her about a prior comment she made about Cardi B, calling her an “illiterate, untalented rat”. In the usual Azealia Banks fashion, she was unapologetic about her words, explaining that she was referring to the “caricature of Black women that black women themselves would never be able to get away with”.

“WHEN IT COMES TO [BLACK WOMEN’S CULTURE], I JUST DON’T UNDERSTAND HOW WE GO FROM BEYONCÉ, LEMONADE, SOLANGE, AND BLACK LIVES MATTER…TO THIS”~ AZEALIA BANKS

Banks further elaborates her stance on her Instagram. Cardi clapped back at Azealia on her Instagram, saying that “a woman who finds joy in constantly belittling black women can’t try and stand for them because it’s convenient! The difference between me and you, I’ve never pretended to be or represented someone I’m not!” Cardi ended up deleting her Instagram in response the fiasco.

Cardi B is vastly more popular and well-liked by the masses than Azealia, so naturally, the popular opinion is in her favor. Also, Azealia’s usual lack of filter and occasional combativeness has garnered her some negative attention and the title for some as the “Villain” of hip hop, so the response was expected. However, personally it really annoyed me that Azealia’s incredibly intelligent and well-articulated take was simply dismissed as her “hating” on Cardi’s success. By the looks of several tweets and online comments, many people were convinced that Azealia was solely criticizing the way Cardi talked, and that Cardi should be able to “be herself”, which was not the case that Azealia was trying to make. It seems to me that if someone has any contentions with what Azealia said; respond to the actual point that she is trying convey, instead of automatically writing her off as some bitter bully. These days the word, “hater” is used way too loosely and often utilized in place of processing thoughts to form a better conclusion.

Can I say that I agree with Azealia’s point when it pertains to Cardi B? Technically no; only because I disagree with Azealia’s assessment of Cardi’s Blackness. There has been a recently growing dispute in the community over Cardi’s racial identity by those concerned that Cardi is exploiting Black slang and culture for her gain.

Is Cardi Black? Should she be considered Black? Does she identify herself as a Black woman? If not, is her place as a rap artist and her heavy presence in Black culture considered cultural appropriation? To me, this conversation is unnecessary and seems to have only appeared suddenly in the wake of Cardi’s newfound success. When Cardi was just an internet sensation, I can’t recall any debate of her identity. And while this is always a relevant conversation to have, Cardi shouldn’t be the focus of it. Though some may disagree with calling her “Black” because of her racially ambiguous appearance, Cardi is a Dominican and Trinidadian woman, so there is no doubt that she has Black ancestry somewhere in her lineange. I also have a feeling that if Cardi was out here publicly denying her Blackness, some of those same people declaring that’s she’s not Black now would be urging her to claim her Black roots, complaining that Dominicans never claim their obvious African ancestry…but I digress.

I also don’t agree with how Azealia handled the situation subsequently, posting an unflattering photo of Cardi with a paragraph attacking Cardi’s looks and throwing low blows (but I have to admit that it was probably the drag of the century). However, no matter how brazen her words may be, you can never deny that Azealia makes valid points, and does so intelligently and coherently. Cardi was clearly missing the point of what Azealia was saying, never once addressing colorism, the double standards against Black women or any of the most important topics that Azealia brought up.

Cardi’s newfound fame and rap career has certainly garnered her an enormous following, but it has also led some to adopt the attitude that Cardi can do no wrong. Whether you agree or not, what is undeniable is that Cardi definitely benefits from colorism in some way or form, and admitting that does not mean that you hate Cardi or that her success isn’t legitimate. The fact that both Cardi and her supporters seemed to completely miss Azealia’s point (whether intentionally or unintentionally) irritated me.

Azealia Banks is no stranger to backlash, so I doubt she loses any sleep over the new slew of hate provoked by her comments about Cardi B. I like to think of myself as a relatively unbiased music fan. I don’t blindly stan anyone. I personally consider myself a fan of both artists. I enjoy Cardi’s larger-than-life and fun music and admire Azealia’s intelligence, lyricism, and passion for bringing light to the double standards faced by Black women. Both share a boldness and unapologetic attitude that makes them both strong women to look up to in the industry.