The Truth About Black Mental Health 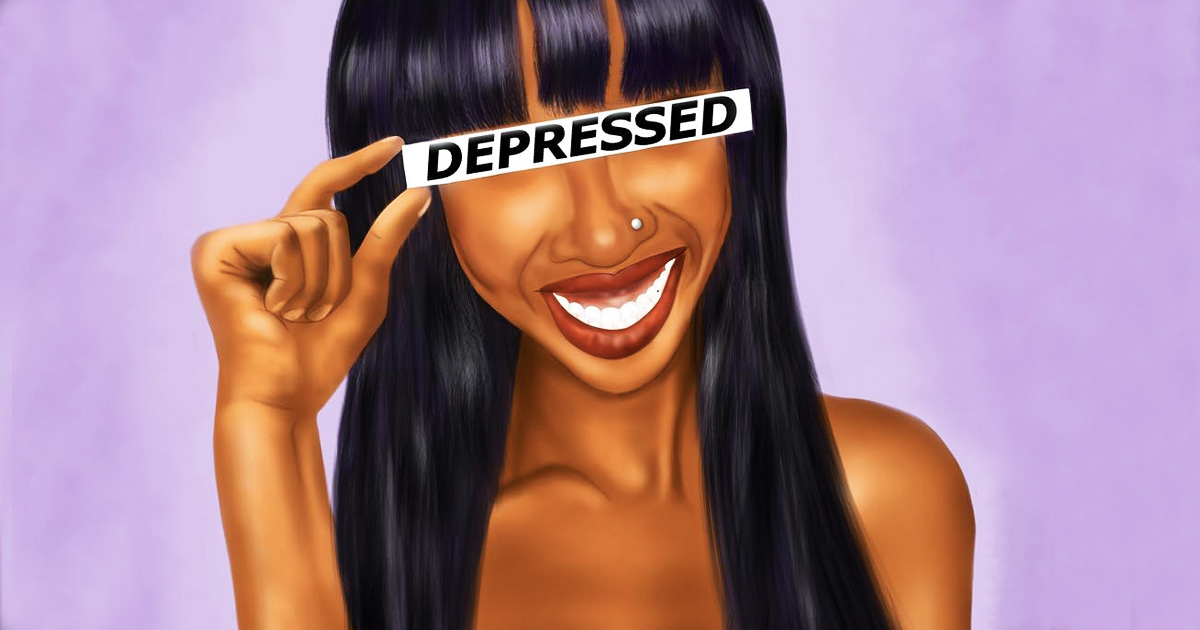 Since I was a little girl I’ve been a loner. Even with eight brothers and sisters, I kept to myself. Some of it was by choice while some was by force. My big sisters had each other, and my younger siblings each had one other which left me to myself. “Life of a middle child,” as I call it. I tried to play it off, as if it didn’t bother me but as I got older, I realized that it did. Since I was a young girl I knew that I had an anger problem. I remember sharing this with my parents, when I was age 18 or 19, I told them that I wanted to go to therapy; and they told me “NO,” and that I should “pray” more. I did pray, I actually talk to God more than I talk to anyone else. But as i’ve gotten older, I realize that praying isn’t enough.

Don’t get me wrong the power of prayers will heal you from certain thoughts but I realized that I needed more in order to heal myself. It finally hit the fan in 2016, when I just emotionally snapped on everyone around me. It wasn’t until I snapped on the wrong person and he just cut me off and told me to my face that I needed therapy. So, for two months behind my parents back I went to therapy and those two months changed my life. My Therapist opened my eyes to my anger and helped me understand why I held so much in. Talking it out helped me deal with being a loner, and with past relationships that I thought that I had previously let go of but in reality I did not. What i heard was some truth that I wasn’t ready to hear but It was what I needed to hear in order to heal. Even in 2018, the talk the of mental health is a touchy topic in the Black community. When you bring up the topic, our people make us feel like we are “less Godly” if we seek outside help other than the bible.

The talk of mental health remains largely absent from the public discourse in the Black community. But the statistics are loud and clear. African Americans are 20% more likely to report having serious psychological distress than non-Hispanic Whites, according to the U.S. Department of Health and Human Services Office of Minority Services. Yet young African Americans, especially those with higher levels of education, are less likely to seek mental health services than their White counterparts, according to a study published by the American Psychological Association. We fear that if we go seek help then we are an embarrassment to our community and our family. Poverty level affects mental health status. African Americans living below the poverty level, as compared to those over twice the poverty level, are 3 times more likely to report psychological distress. In 2014, the death rate from suicide for African American men was more than four times greater than that for African American women.

Let us all be real here. Most of the time we refuse to seek help because to seek help is so taboo that we fear that it may bring shame to our families. I don’t blame anyone for my past anger issues but me. And I shared that with my parents but they were so worried about their image, and how it made them look as parents that they refused to let me go seek help. I know what you are thinking, “well you were 18 you were old enough to go without their permission.” Yes, true enough but when you are living under someone else roof and you did not have a car then how could you go?

Evidence proves that African Americans are disproportionately more likely to experience circumstances that increase the chances of having a mental illness or challenges, which begs the question: why do so many African Americans choose to suffer in silence? “We know that African Americans have a disproportionate number that live in poverty and a higher jobless rate which naturally has a high probability of leading to mental difficulties. Women are less likely to be coupled or in supportive relationships and so that factors into why African Americans may have higher numbers of psychological disorders,” yet we still choose to sweep it under the rug. We persist as if issues doesn’t exist, or that we are to blame for whats wrong. Sometimes we all need a little more than prayer. While, I do believe that some thoughts that we have come from the lack of praying, they also can come from a lack of mental therapy and help. I am a personal witness of this, but even after I prayed I realize that I needed help on top of my prayers. It didn’t mean that I didn’t “love’ the most high. I was thankful to him, guiding me to the light yet still I knew that I needed more help and I could not allow myself to be ashamed of that truth. I accepted that I needed to talk to someone who wasn’t a family member or wasn’t my close friend. If I wanted to heal than I needed an outside truth.

The sad truth is that mental health among Black men and women has been a quiet topic of discussion for decades. Black men mostly as a group often experience significant amounts of psychological stress as a result of discrimination, social and economic challenges, and racial injustice. In the wake of the increasing injustices and fatalities related to police aggression and brutality there is growing concern about the impact of these events on mental health. A study published in the American Journal of Public Health noted that those who reported more police contact experienced more symptoms of anxiety and post-traumatic stress disorder (PTSD). However, few Black men and women seek mental health care. Black men may avoid seeking mental health treatment due to popular cultural stigma, mistrust of providers, or lack of culturally-informed care. With the cycle of passed down trauma and dismissal of mental wellness, who can blame them? After all we all have targets on our backs, yet Black men have had a larger target since the days of slavery. Don’t get me wrong Black women have demons too.

Following, the disclosure of mental health issues by rapper Kid Cudi. In a post on his Facebook page, Cudi stated he was seeking help to treat his anxiety and depression. Research shows that African Americans often under-utilize therapy compared to White counterparts. According to the National Alliance on Mental Illness, 18.6% of African Americans report living with a mental health condition but only 16.9% report using mental health treatment. Based on research, we know that there are common barriers to treatment among various racial and ethnic groups. First, there is substantial evidence on mistreatment and misdiagnosis among African Americans. Studies often show that people of color are misdiagnosed with more serious psychological conditions even when they have similar symptoms as Whites. Studies also show that Black men and women often are socialized or grow up in homes where masculinity is emphasized and black men are not encouraged to talk about their feelings or emotions. Although the mental health profession has work to do to address barriers to treatment, there must also be a change in the Black community to foster improved perceptions of mental health services. Another barrier for mental health treatment is the lack of African American therapists. For some individuals, it is important to have a therapist that looks like them. Given therapists are often White, some African Americans may be more likely to avoid treatment. If we have more providers of color, Black men may feel that their plight is better understood and therapists may better understand the dynamics faced by Black men living in the social and political system of America.

What you think you understand about African Americans and mental health may be misinformed, ill assumed and completely wrong. This might be difficult to accept, particularly because African Americans have taken pride in the myths about our mental health. We believe that mental health is controlled by willpower, faith and even our race. Even experts align with these misguided beliefs, ultimately affecting the way we view mental health in our community and how we take care of ourselves. As the time goes I will go back twice a month, instead of once every blue moon. The topic of mental illness, trauma and wellness must stop being forbidden and dismissed. Bigger than an image, our brothers and sisters, mental wellbeing depends on it. I know the pain, and I know the feeling that one can have when one feels like no one hears him or her but personally I get it and I feel it. To everyone experiencing anger, depression or any other mental hangup, please know that you are NOT crazy, you are NOT alone and that it is perfectly fine and healthy to seek help.

2 thoughts on “The Truth About Black Mental Health”