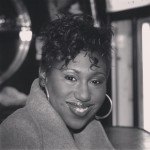 Of course we have all probably heard about the news by now. Rapper, John Jackson better know as F-A-B-O-L-O-U-S turned himself into authorities this past Wednesday after a dispute gone wrong with his long time girlfriend, former Love and Hip Hop Star, Emily B. Fab was booked and charged with aggravated assault and making a terroristic threat.

The world famous, incriminating TMZ released unfavorable video footage on Saturday that captures an aggressive Fabolous with a foreign object in his hand, making threats to Emily’s father and engaging in a heated exchange with both Emily and her dad. In the video a visibly distraught, Fabolous tells the grandfather of his children that he had “a bullet with his name on it.” He questions why Emily brought the father to his house, and Emily’s father calls Fab a “coward.”

This supposedly all stems from a March 7th event, which Emily claims that Fab punched her seven times which resulted in her losing two front teeth. She claims that things got really ugly with her in her longtime boyfriend after an argument in LA in early March. Allegedly Fab sent Emily a text saying he wanted to hit her in the head with a baseball bat. He also suggested that he would kill her, but that he “did not want to go out like that.” Obviously fearful of what he would do, Emily called her father and brother to the house that she shares with Fab in Englewood, NJ to remove the multiple guns that Fab keeps in the house.

See a short clip of the heated exchange below.

First let me start by saying that we do not know what exactly happened, how things escalated or even whats factual and whats false. There is always two sides to a story and with the court of law involved the hopes is that the truth will come out and aggressors will be reprimanded appropriately. But with that being said, we do know a few things from the video and how people have reacted to the news.

Fabolous was clearly extremely upset and acted out violently- In the video Fab is in front of his home and seems to be about ready leave but not before going back and forth with Emily and her father. Though the video is less than a minute long, a lot can fairly be inferred from the video.

5) Fab appears to show an aggression that could possibly point to being a regular occurrence and not isolated, considering how Emily ran once Fab started to walk towards her

Domestic violence is a very real thing. In fact according to a study, 4,774,000 people experience physical violence by an intimate partner every year. In communities of color the problem is very pressing and unaddressed.

The mixed reactions about this fiasco with Fab and the mother of his children, reiterates the complex and gross problem that we have when it comes to combating and denouncing domestic violence. If you were anywhere near social media and analyzed the narrative that was being established and supported for Fabolous, I’d be willing to bet ya that if you have an inkling of any sensibility or conscious that you would have been pushed to nearly earl out all you had eaten for the week due to pure disgust with reality. Reality is, men and women need to check themselves about how they view violence against each other.

I peeped and saw it all. First it was the denialist and the clear disbeliever. “I need to see dental records. She’s lying.” Then it was the “he wouldn’t do that” folks that have never even met the guy. “Ohh thats not his character.” Then it was the benefit of the doubt folks. “Well he’s never been in trouble in all these years, so its probably not true. Don’t forget about the women who suggested, “Emily probably did something that pushed him, remember how Rhianna pushed Chris Brown?” Then it was the curious to know what triggered him people. “I wonder what caused him to act with such behavior?” (As if they thought there existed an understandable reason that could justify such behavior ever from a man.) Then it was the all time worse group of them all, THE JUSTIFIERS. “Well if he did that then he clearly had to be provoked.” That was followed up with the low life and crushing line of, “SHE PROBABLY DESERVED IT.” The day quickly spiraled into taking sides but beyond that, it became deeper and much more depressing to witness, as a overwhelming stink began to reveal itself. It was an apparent reluctance and refusal for people to condemn the physical abuse from a partner. Instead many opted to victim blame or provide possible justification for such abuse.

Sure, what we see on film is “nothing” but threats and an argument. You and Fab’s attorney may call it trivial, dysfunctional or common place but the problem arises when you attempt to minimize problematic behavior even when the signs and evidence are clearly in front of you.

Do you know how dangerous it is for a woman to yell “Hey I am scared, the person I loved did this ….to me?” And you suggest that she’s crying wolf. Or “hey he punched me like some rag doll and knocked my teeth out and you hint at disbelief and request to view dental records. Or you make the generalization and flawed conclusion that a woman consents to physical abuse if she remains in an abusive relationship. Or you insinuate that she had to have done something to push her partner to lash out and abuse her in such manner.

You my friend show signs of a deep mental illness!

Look, I am Fabolous fan, been one since around 7th grade with holla back Youngin or Lil Moe’s, Superwoman but personally my fandom does not blur the lines of right and wrong. If you want to give Fab the R. Kelly treatment and ban his music then that is your prerogative and choice. I never suggested that any of us do that. However, what needs to become more of a “must” and less of a “choice,” is removing toxic beliefs and attitudes on domestic violence.

Sure, couples argue and have disagreements and unfortunately for celebrities, their dirty laundry often times plays out on tv and online for us all to witness and draw conclusions about. Nonetheless, the bigger point is the bigger point. Under no circumstance should men be knocking out a woman. In fact a man should only be putting his hands on a woman to love her and even then only with her consent. Physical abuse is wrong rather from men or women, but there is a strong element of cowardice that comes with a man abusing a woman. Unfortunately, I do not know who’s more coward or crazy. The abuser or the one justifying the abuse?

Domestic Violence is a problem and it has no chance of getting better if society refuses to acknowledge it, rebuke it and be real about it. Our attitudes and beliefs about the topic impacts not just us, but our youth and even our own children.

If fans reactions show us anything, it shows that we as a society have a long way to go in dismantling domestic violence. In all honesty it appears as if we truly don’t give a damn. If we are to restore any faith in people and our community, we are all have to push to experience a progressive change in mental, attitudes and consciousness. I am hopeful that we all will reach the promised land. One day