Why Black Women Have No Place in The Current #Metoo Movement 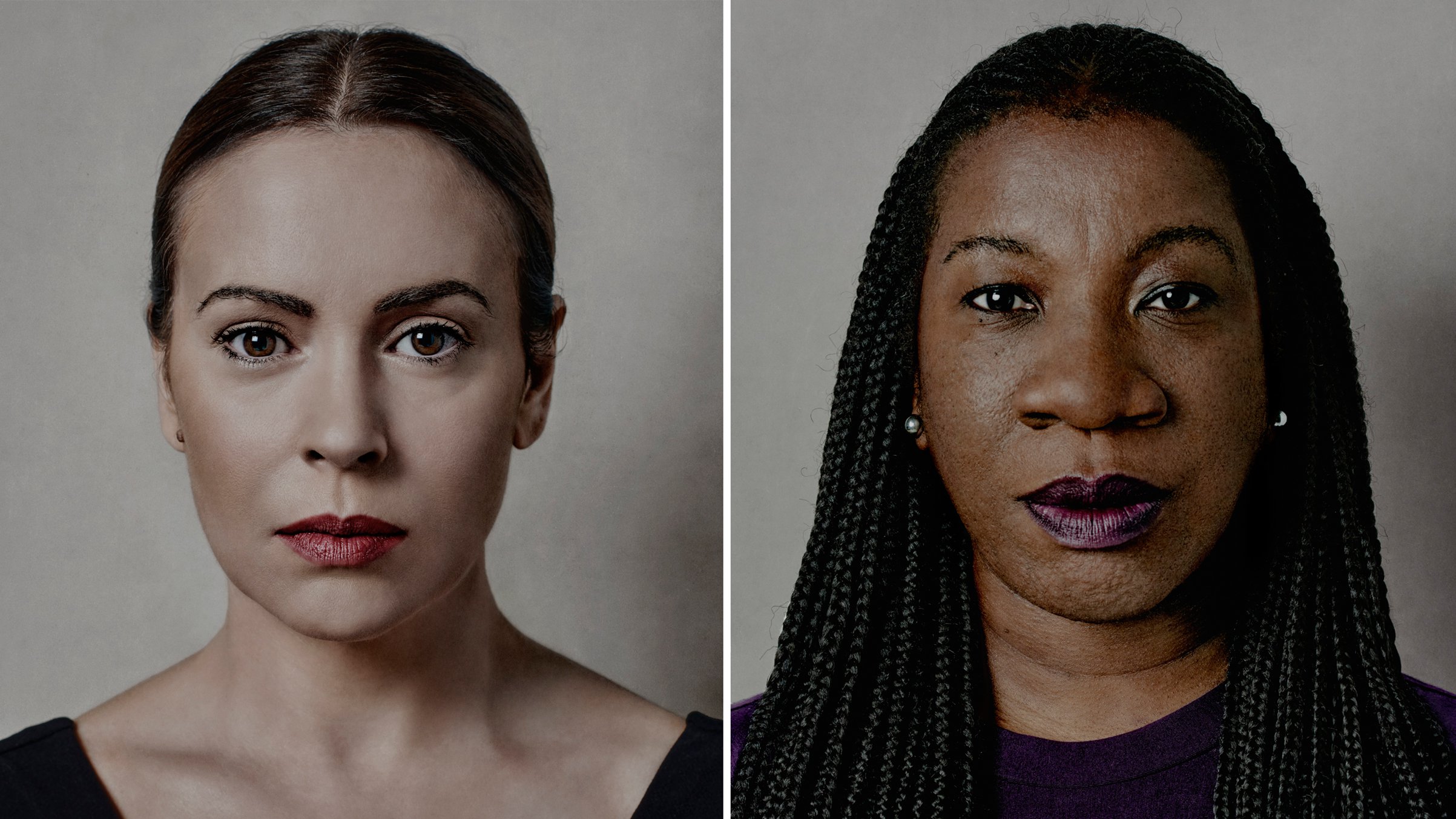 Two weeks ago the women’s march took place in our Nation’s Capital. Over a million women marched and nearly 700,000 did so in New York alone. As a woman it felt good to see women comes together. Then I saw a video that opened my eyes, to my true feelings on the women march and the “Me Too” movement altogether.

Many women get upset when I say things like, “it’s just some jobs that are meant for a man to only do.”That statement may upset some but the next statement will upset many. I do not give a d*** about the women’s march.”

Look, I get it. As a woman the stance is supposed to be powerful but as a Black woman I feel like my agenda and rights is secondary to the fight at hand. After media and Harvey Weinstein tried to disregard and play down his encounter with Actress Lupita Nyong, I knew that Black women roles in the movement would be small. No matter how much our agenda fits in with the agenda at hand, our agenda seemingly becomes an afterthought or of less importance in the grand scheme of things.

The Mo’nique and Netflix conflict is the perfect example. Mo’nique called for boycott of the streaming service after they offered her significantly less money than what they paid Amy Schumer, Chris Rock, and Dave Chappelle I have yet to hear uproar from White feminist or in this so called movement for gender equality.

This fact alone and plenty like it shows me exactly where Black women are placed in this movement. When you look back at the beginning of the feminist movement, we were not included. The majority only included us when they saw that their movement was not going anywhere without us. Just like the “Me Too” movement. This movement wasn’t made for the everyday woman. The women who truly have a lot to lose. Simply by speaking up they can lose their job, their home, and can even break up their family just by reporting sexual harassment at their workplace. I’m not saying that the women who spoke up didn’t have anything to lose as well.

At first I was skeptical, since there were some women who were getting paid to not speak up and kept quiet until Actress, Ashely Judd came forward. To me, many of the women sounded bitter because they were not chosen to be in any of his movies. This movement has brought down some powerful men, and as a result has made many men feel uncomfortable to even speak to women now. Men are literally scared to even look at out of fear it may be perceived in the wrong way. Yes, while their are some men who do  abuse their power and status, their may very well be some women who are actually crying wolf for self benefiting reasons. Let’s be real her. Some of these women actually did have a chance to walk away, but chose to stay just to try to “enhance” their careers. I get it. It can be a freighting thing to speak up against such prominent figures. The concept of blackballing is very well, among other ramifications.

Like I said earlier, the lack of empathy for Black women who experience these same things was evident when Lupita Nyong’o spoke out about having similar experiences with Weinstein while she was studying at Yale University. Nyong’o recalls feeling uncomfortable about Weinstein’s inappropriate behavior during the incident at the time, and even afterwards, but ultimately downplayed it. She didn’t want to “overthink” the situation, nor did she want to deal with inevitable doubting responses from skeptics. Even, after she bared so much of herself in solidarity with others who had experienced sexual harassment, the support for her was minimal and indifferent at best. Weinstein responded to Nyong’o and denied her claims, even though he had not publicly responded to any other accusers, all of whom had been non-Black. Which didn’t shock me. She was gaslighted and there was doubt casted on her experiences in a way that it had not been on others. The doubt and response to her testimony was disappointing and quite shameful, but also not surprising to me.

Everyone should know the name of Tarana Burke by now. The Black woman who created the #MeToo campaign a decade before this new one appeared. But, as per usual, she is not receiving her due credit and shine for starting this movement. Therefore, it didn’t surprise me when TIME Magazine made their portrayal of the #SilenceBreakers, because they barely acknowledged Burke’s efforts in founding this movement. She was not even given any acknowledgment on the cover. This is why I always ask Black women, why don’t we just start our own movement? Why are we constantly trying to fit in with a group that do not even want us there or care about our wellbeing as we do their’s? Sure, I know that I cannot speak for all white women as not all white women are indifferent to the well being of Black women. However, like a quote that my father once told me “Just because 100 snakes aren’t after you, you can’t ignore the other 100 snakes that are.”

Rose McGowan is receiving a 5-part douc-series about a movement that she did not create. She has even been described by USA Today as “the loudest, angriest leader of the #MeToo Movement.” It crazy to me how white women can be loud and angry and its praised, but when Black women are loud and angry then we are considered “ghetto” and bringing down the black community image for acting that way. What’s crazier is we hear that criticism mostly not from white people, but instead from our own people. This is yet another reminder of why I cannot, in good faith, say #Metoo in a Rose McGowan’s movement. It is not her movement and clearly has never been an “OUR” movement when the majority decides to join or take center stage.

A decade ago, a dark-skinned Black woman acknowledged that she had been sexually violated, created a movement so that others could share their similar stories and work together to stop harassment, and stayed committed to doing the work of combating rape culture for all these years. Then, all of a sudden, Rose McGowan appropriates #MeToo while sharing her story, and gets immediate support and solidarity from other actresses. She’s received credit for a movement that she did not create, gotten a television deal and a book deal, and gained a huge following. And she did so by stealing a movement that was not even hers in the first place. This narrative is tired as hell.

McGowan is now being offered multiple platforms to speak about the work that Tarana Burke and so many other activists of color have been doing for the last decade. Burke won’t receive the same platforms or the same kind of support for the movement that she founded, in part because sexual violence against Black women is never taken seriously enough to warrant such centerstage and acknowledgment. This is evident even with the differing responses to McGowan and Nyong’o experiences. Yet, this won’t stop countless Black women from continuing to stand and support these women. The same women who won’t even speak up for you, the same women who won’t stand on the front line with you when your son’s blood is splattered in the streets. The same women who won’t even support Tracee Ellis Ross in her quest to receive equal pay for her work on “Black-ish.” These same women nearly caused a fire when they found out that actress Michelle Williams was paid less than actor mark Wahlberg. Their uproar even influenced Mark to give a portion of his money to support the movement. Yet again, Black women will turn a blind eye and say that men are the issue here. Black women will even go to town when its Black men they are fighting against and white women are the victim.

Even with our bodies constantly being fetishized, imitated, or exaggerated, there seems to be no way for Black women to be believed and protected, even by other women. So, congratulations to all those in the #RoseArmy who feel included and supported in her* movement that continues to receive international recognition. It must be nice to live in a world that not only values your humanity, but in a world that also believes you and credits you for things that you did not create. I can only hope that someday, that will be the case for women who look like me and Tarana Burke. The point of this matter is that this movement is a fade, and facade whether women like to hear this or not.

Once this fade ends and the hype dies down then we will still be left with nothing in the end. Yes, I thank the women who was brave enough to step forward but I still will not lend my support to this movement that denies me but wants me get behind the validation of them. I do not support a movement that does not support me. Treat Black women as equal or do not look this way for support. To Black women, it is my hope that we galvanize and lend support to each other. The time has come for us to start a movement on own, unapolgetically so. Being neutral has and continues to get us nowhere. Just a thought.

In Black Culture News and opinions