What’s With All This Side Chic Behavior? 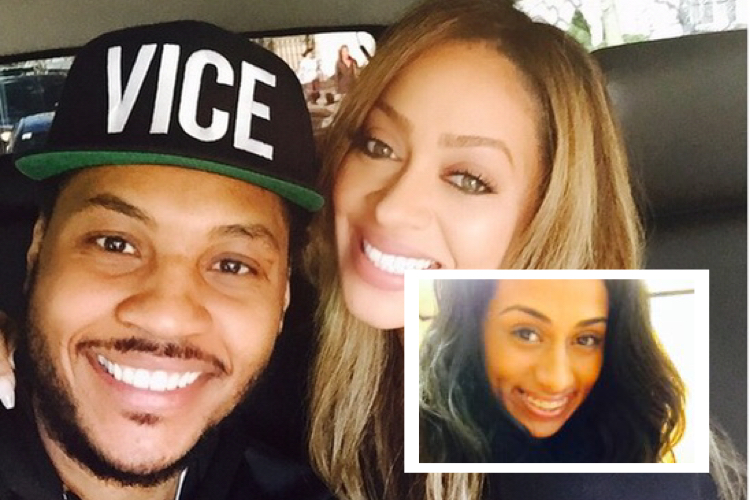 In Black Culture News and Opinions.

Like many women, I love me some ratchet TV. One of my favorite TV shows is none other than “Black Ink Crew: Chicago.” As I was catching up on the current season I saw this fake storyline going on about tattoo artists Katina Jackson & Ryan Henry (Who get finer by the day) hooking up while Ryan is in a relationship. What caught my eye about this storyline was when Katina decided to take it upon herself to share the hook-up with Ryan’s girlfriend. This hit home for me because in order for me to understand love, and relationship I realized that had to play certain roles.

One of the roles I did play was the role of the side chick (not by choice). Playing this role has always carried much regret in my heart and if I could take it back I would. No woman wants to be the other woman, even the other woman wishes they could move up the scoreboard. However, she knows better than anyone in order to win that role she has to play her part first. When I did play the side chick I never felt the need to have a heart to heart conversation with his girl, simply because it wasn’t my place to tell her. I had two opinions: to leave and leave him alone or to continue to be his side chick. Women killed me when they have this “need” to share with the main chick that they’re sleeping with her man. Like telling her will clear your conscience, and make karma skip over you. The situation is already screwed up and now you want to share with this woman that you’re sleeping with her man. How is that fair to her? I knew I was dead wrong, which is why I left and did not say anything to her because what is done in the dark, will always come to the light. I knew that one day, I would pay for my actions.

Who is the other woman? Is she a home wrecker, a slut, a cheap h**? Is she someone who should be hated for what she does? Why would you even want to know? Many runs from this question. But I hope you won’t run, it time to be courageous and have this painful yet meaningful conversation. There is never an excuse for what the other woman has done because your trust will never be the same. However, remaining forever tied to the other woman as a result of bitterness, leaves the betrayed spouse anchored to the past and creates the opportunity to remain stuck in that place. Typically, moving forward single or as a couple is largely determined on forgiving or not forgiving the other woman. That means developing a realistic understanding of what occured.

Labeling the other woman as a “side chick” or a “cheap chic,” may prevent the betrayed spouse from ever moving forward (sounds like bull**** but holding on to what happen will just make you bitter). In reality, there’s a bit of good in the worst of us and a bit of bad in the best of us. Failure to see more than just the negative aspects can block your ability to set yourself free from their hurtful actions. Seeing the other woman as human doesn’t excuse what she’s done, but it does provide a pathway of forgiveness in order for you to move forward with your life. I have talked to many women who felt like talking to the other woman gave them a better understanding of what happened, while other women just choose to remain silent.

Personally the reason why I didn’t want to speak to his girlfriend was because I left once I found out, and if I knew he was in a relationship I wouldn’t have ever spoke to him in the first place. Talking to him for those two short months broke my trust in many men simply because he was able to look me in the eye, and lie like he was single when he knew he was in a relationship and was a father to be. I won’t ever downplay my role but I was 19 and he was 26. I was still fresh to the game, while he was a veteran.

However, now we live in a time where being a side chick is celebrated. Women, don’t feel bad about breaking up a happy home anymore because someone broke up their home a long time ago or they feel like this is how the game is played. Which is a large part why many women view side women as a thing to celebrate. Just listen to SZA’s infamaous, Side Chic anthem, “The Weekend.” The side chic gets the man when he is in need of a release from his relationship. The side woman often is not aware of the man’s relationship but if she is many assume that the woman that he is in a relationship is just guilty of not being able to keep her man happy.

We live in a society where men having a side chick happens way too much. To some men having a woman without a side chick is like having a meal without a drink. There are plenty of women who go along with this because to them, it gets old going to bed alone at night. Sometime it is the part that they choose to play, in hopes that the man will eventually leave his girl. Other times the position is given to them and they try to deal with it. So why is this woman finding herself to be “ok” as just his side chick and not the main woman in his life? the fact is simple, some guys give a great benefits package to their mistress. Lavish gifts, their bills paid, and all of the best five-minute sex sessions you could ever dream of. For many women, this is worth the trade-off of not being the main girl in the relationship. We can discuss all day whether or not this mindset is right or wrong but I’m not getting into that today because we would be here all day.

As to what the side chic offers? The answers could be simple. Good looks, great sex, less attached strings and seemingly more cooperation. Unfortunately, many women have yet to reach their full potential. They haven’t evolved as a woman and they simply get by on their great looks and sex. For a lot of men, this is all they want from their side chick, so this woman is a perfect fit. If she wants to truly hold a higher position in a man’s life, then she may have to provide much more value than her looks and sex. For some guys, this may be enough to keep him around but he will likely not be around for long. We all know how this story ends 90% of the time. Some women even get an elevated high from sleeping with another woman’s man. Obviously, there is a deeper-rooted issue here but at the surface this is an ego boost to her, knowing that she can break up a home. She loves the fact that she has the next girl’s man running after her, and he’s giving her all of his resources. She enjoys being in a forbidden fruit relationship. There may be a bitterness factor in this situation because she has been burned before and hurt in the past so this makes her feel like she is finally in control. It could be a root of low self esteem, thrill seeking, finances, resources and many other things.

There are more ways to look at this topic of women being a side chick. To be honest we can say that, this woman is shortchanging herself but to her she may view it as her being in control. Gaining clarity on why people do some of the things they do can help move everyone into a better direction. And as women sometimes we put ourselves in a hell, that we lack the mindset to heal ourselves from. I will be finishing this season of Black Ink Crew to see how this fake storyline ends but even though this may just be TV, it is a narrative that many of us know too real in reality. But as I always ask. What do I know? I am here to share my journey while I continue my journey of self and love.