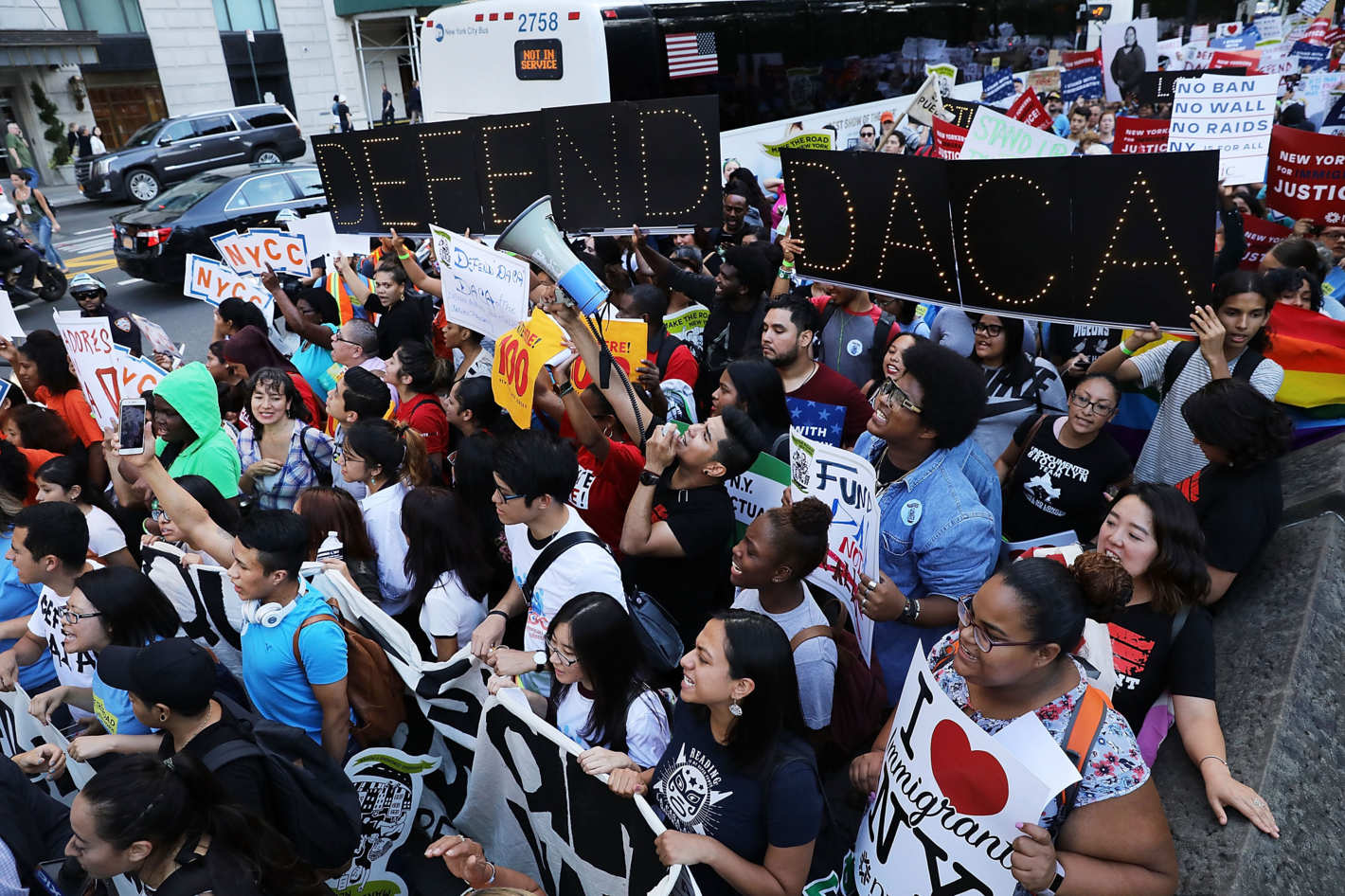 Several weeks ago Jeff Sessions, Donald Trump’s Attorney General, announced the administration’s intention to rescind Barack Obama’s executive order, Deferred Action for Childhood Arrivals (DACA). It authorizes children of illegal immigrants to work and protects them from deportation. Court hearings were scheduled to fight this decision, but on September 26th, the Department of Homeland Security announced that it does not plan to extend the October 5th deadline for DACA recipients to renew their status. This means there is no legislation or executive solution in place to address the individuals that will now be considered undocumented.

Historically, the media frames immigration as a predominately Hispanic issue. Therefore, social media debates, television/radio commentary, and youtube discussions have been circulating as to whether or not DACA is our concern. Popular thought leaders, social influencers, and regular citizens have used these platforms to answer the question of whether or not African Americans should participate in this fight.

On the one hand, there is the argument that we should not participate because we need to focus our advocacy on our own political agenda. There is the observation that while Black people have spent generations calling out white supremacy, Hispanics and other white presenting ethnicities have been consistently aligning themselves with the privilege afforded by this racist infrastructure. The primary critique is in the hypocrisy of minority communities distancing themselves from their darker skinned counterparts by whitewashing their identities, marking White when completing demographic statistics, voting for Trump, and ignoring the systematic issues that Afro-x members of their communities face – until the same system with which they’ve aligned themselves begins to oppress them. On the other hand, there is the perspective that this is our fight because resisting white supremacy in every form is moral and beneficial for all.

History keeps reminding us that when you exist in a system that was not build with your triumph in mind, your challenges are mute. Terrell Jermaine Starr writes that America immigration laws have a long history of racism. Whether it was capping Chinese immigration during the 1800s, or limiting the number of Eastern European Jews entering the country with the 1924 Congressional Act or putting Japanese-American citizens in internment camps during World War II. America has always targeted nonwhite and/or non-Christian people. Africans and Afro-Carribean people are no exception.

“Our immigration system isn’t meant for people to immigrate legally, unless you are privileged or from a particular country..there are literally paths for people that are less likely to be black or poor. That part of the conversation gets lost when people say, ‘Oh, all of these young people came here through no fault of their own.’ I am not here for faulting my parents. I think they made an incredibly brave choice to move to this country to pursue what they believed to be the American dream, but also not knowing all of the consequences that would come with them making that choice.” – Jonathan Jayes-Green

In 1986, Ronald Regan signed the Immigration and Control Act, which prompted an employment freeze to ensure that workers could not be hired unless they were legal citizens with the appropriate working papers. However, there were still millions immigrating for work and they were employed because of scarcity in science, technology, engineering and science (STEM) fields. African countries were solicited because of the prevalence of advanced STEM degrees, but because African academia was not always accredited in America, African immigrants were hired illegally and paid disproportionate wages. Or, they were barred from working in their field and took on blue-collar labor to survive. There were also people that fled as refugees seeking asylum to escape cultural practices like female genital mutilation and religious persecution that discriminates against LGBTQ individuals. By the turn of the century, there were nearly 11 million undocumented immigrants from all over the world.

The Dream Act, DACA, and Other Policies Designed to Protect Dreamers

In 2001, the Development Relief and Education for Alien Minors (DREAM) Act was introduced. It failed until 2010. In 2012, President Obama used his executive authority to order Homeland Security to do enforcement discretion and implement a procedure, DACA, so that DREAMERs could live normal lives sans citizenship. This program was marketed to predominately Hispanic communities, leaving African and Caribbean immigrants virtually unaware of the program’s existence. As a result, many Afro immigrants are supported through state and independent organizations like; the Office of African Affairs, the Black Alliance for Just Immigration, the Black Immigration Network, the National African Business Association, and UndocuBlack Network.

The narrative that Africans and African Americans are the same because of our Black skin is completely dismissive of the unique cultural and systematic issues that Africans face. If we are the same, then we as African Americans need to get up and get involved, not focus on whether or not Hispanics are truly our allies. The fight, our fight, is to reform DACA so that African immigrants can gain greater approval status and amplify support for the independent organizations providing the asylum and opportunities these immigrants came to America in search of. The Congressional Black Caucus Foundation hosted an immensely informative panel explaining a plethora of advocacy avenues. Check it out below, then follow this link to call your Senator to support!

One thought on “African Dreamers Matter Too, Support DACA”