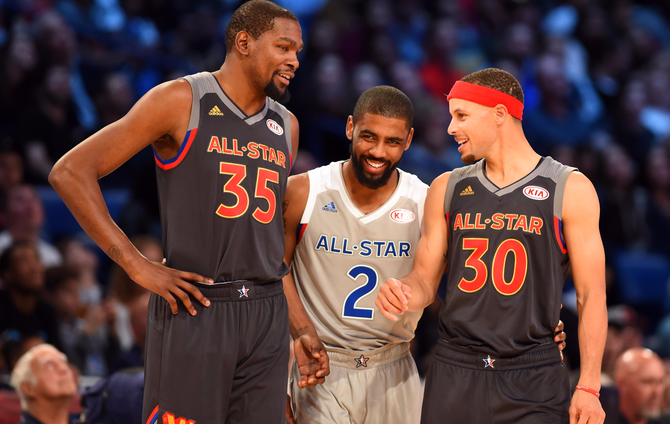 This week the NBA released brand new rules for the All Star game . In an official press release the NBA stated that the top two vote getters from each conference will pick the All Star teams. The East and West format is no more after 66 editions of the game. With most of the NBA stars going to the Western conference, the NBA sprung into action to make the game have more parity.

The last All Star game had Anthony Davis scoring the most points ever in an All Star game at 52. Which is even more than great Wilt Chamberlain who previously held the record with 42 points scored. Last year the West scored a record high 196 points. The last time any team in the All Star game scored under 100 points was when the West scored just 84 in 1973. The East leads the conference head to head match up 37-29 but they are only 2-7 in the last nine games.

The NBA decided it was time to make the game fair and now two Captains will have the privilege of selecting their teams out of a pool of players that have been voted in as starters and reserves. Captains can make selections no matter the conference. The two players from each conference that receive the most fan votes will become the two official Captains. The fans(50 percent of vote), combined with the media(25 percent of vote), and current players(25 percent of vote) will pick the 10 players that will start, as they have before. Coaches will select the 14 players that will fall under the Reserves pool, with 7 players going to each side.

“I’m thrilled with what the players and the league have done to improve the All-Star Game, which has been a priority for all of us. We’re looking forward to putting on an entertaining show in L.A.” ~NBAPA President, Chris Paul

There are some problems when you do a pick up game like atmosphere. The NBA is not like the past NBA where you had players that were sworn rivals like Magic Johnson and Larry Bird but that is not to say that bad blood isn’t present. What if Russell Westbrook who was MVP last year gets picked as captain. Will he pick Kevin Durant?

LeBron James will most likely be the East’s captain. If Kyrie Irving is voted in as a Starter, will James pick his former teammate in Irving? Talk about awkward. Also, what about the player that gets picked last? Will he feel some type of way?

This may turn into a popularity contest and buddy system. In my opinion the head coaches should have been the ones that picked the teams to avoid any kind of player-player drama.

My 25 year-old self cannot remember the All Star games of the nineties. My memory goes back to 2001 in the All Star game when the game was in Philadelphia. Kobe got booed and Allen Iverson was awarded the game’s MVP. To the younger fan, the old traditional format will become a distant memory and will adjust.

The older fan, who remembers the days of Michael Jordan, Magic Johnson, Larry Bird, and Julius Erving might miss the original All Star format. But let’s face the facts, the All Star game has to be more competitive, as it has gotten away from that in recent years. After two years in row of the West almost scoring 200 points something had to be done.

The 200 mark may have been eclipsed eventually. The way the players are today and the talents that they possess, limits are being pushed farther than they have been before and the competition in the NBA should always be at the highest level.

What are your thoughts about the new All Star game format?