What’s With This Open Relationship and Marriage Thing? 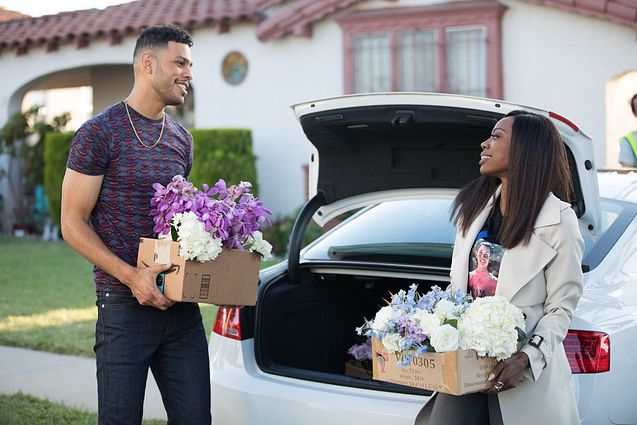 Someone once asked me how far would I go to please my man? I didn’t know how to answer that, because when I’m in a relationship I try to give my all until I know that I’ve given enough. When I get married, I plan on being the same way. However, as I mentioned in a previous post, I can handle a failed relationship because all relationships are not meant to be, no matter how much you want them to be. Furthermore, I just can’t handle the thought of a failed marriage.

People tell me all the time that s*** can happen so, why limit myself to think that I’m going to marry just once? Which is true, but if I’m not going to put my best foot forward the first time then I rather not get married until I know that I am ready to give it everything that I got. I know that every relationship isn’t perfect, and marriage will be the same. But if you’re starting out not willing to put your all into it then you should just pause on wanting to make that trip down the aisle until you are ready to give it your all.

The reason why I don’t touch the topic of marriage, is because I am not married but I’ve been receiving emails from men and women asking me this one particular question in an attempt to spice up their relationship. Relationships are no longer the same. Everyone views relationship differently now. We want that old-school love but with a new age feel to it. We always say that we want what our parents had, but we are not willing to make the same sacrifices that they made to make their relationships work.

We all define relationships differently and with our social constructs constantly evolving, we’ve begun to define marriages differently as well. Monogamy has become less of a cultural staple and nontraditional marriages are becoming more commonplace. In this season of Insecure Issa’s bestie Molly realizes she has feelings for her childhood friend Dro (he so damn fine). Unfortunately, Dro is married, so the book is closed on the possibility of a happy relationship between the pair. However, a candid conversation reopens the possibility of a relationship after Dro reveals to Molly that he and his wife have an open marriage (I know that n**** lying I bet you he is lying).

What’s with this OPEN RELATIONSHIP/Marriage thing?

Now, when I get asked this question I as a result have to ask women if they are comfortable sharing their spouse with another woman. Most women tell me no, but they want to make their man happy (crazy how we always put a man happiness before our own). While open marriages/open relationship are established through an agreement between the couple, it’s hard to say if those agreements extend to those outside of the relationship.

Let’s be real here. When you open that door you’re asking for a world of problems. Open relationship might be a viable internal option for some couples, but we never see how many outsiders are negatively impacted by being a willing external participant in this so-called relationship. I was asked by a man before would I be ok with sharing him with another woman? I asked him why he felt the need to have another woman? He said that one woman never really made him happy. He would always go out looking for another woman and that he would rather be upfront now, then to lie to me as if he could be faithful.

As I looked at him I couldn’t get mad at him. I respected his honestly because he at the least warned me before I got in too deep. I do believe there are men who want to be in a monogamous relationship but its a damn shame how some men want two or three women, but can’t even handle the first woman they’re with or make them 100% happy. But when monogamous people start to realize that open relationships and polyamorous relationships are often just the same as monogamous relationships just with more people acceptance can happen.

It’s up to the couple to decide what levels of involvement with any secondary partner is allowed that makes them feels comfortable. Generally, the one rule with non-monogamy is that all sexual actions must be done ethically, safely, and with consent of all parties involved. Beyond that, each pair or group determines their own limits and guidelines. Having an open relationship can work well for some people but for others it could be a slippery slope. As people, we are inclined to be sexually jealous of a partner being with someone else, and we start to have resentment towards that partner for having another relationship even after we told them that we were initially ok with it. And while it seems like a grand idea now, when you see your man in the bed with another woman the hate will become the best of you. When you have the topic of an open relationship, women tend to let their anger of the question get the best of them before they really think it over or they will agree with it just to put a smile on his face.

An open relationship is an agreement between two people who want to be together but decide that they want to date and/or have physical relationships with other people. If you want a monogamous relationship then speak up. If you are not down with sharing your man/woman then say so. Moreover, while some people view an open relationship as a negative thing, others may see it as being a method to building a stronger relationship.

If you’re in a relationship others will always have opinions on how your relationship should go but ultimately its your business on what goes on behind closed doors with your partner. You can view an open relationship as a positive factor that can lead to more freedom or self-expression while in a relationship, or you can see this as a downfall of your relationship. Its all subjective and dependent upon each individual. Either way make sure you’re happy and comfortable. That is all that matters.