NBA’s Best, Workout With LeBron James in Vegas But What Does it Mean? 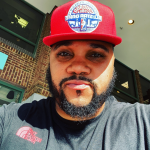 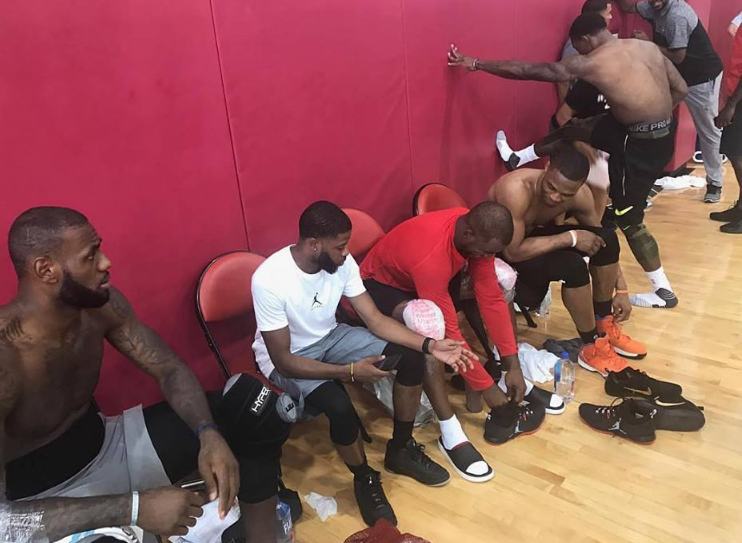 As everyone may or may not have heard already, LeBron James, Derrick Rose, Russell Westbrook and Eric Bledsoe all worked out together in Las Vegas on an extended long weekend for LeBron in the city of sin. LeBron’s son, LeBron James Jr. aka Bronny had an AAU Tournament in Las Vegas over the weekend, so LeBron decided to make a long weekend out of the trip. Of course he conducted some of his patented workouts and did some on the court work as well, but he wasn’t alone. He invited Derrick Rose to the workouts which is to be expected being that they are now teammates.

Rose and LeBron may have not seen eye to eye in the past but all that is behind them now. With Rose signing a one year, $2.1 million dollar deal with the Cleveland Cavaliers, it is imperative that Rose and James get on the same page so that the two can be a dynamic duo on the court come the start of the 2017-2018 season. LeBron is great at getting players together and building that camaraderie needed to be able to get that job done come game time.

Two surprise attendees, however were Russell Westbrook of the Oklahoma City Thunder and Eric Bledsoe of the Phoenix Suns. Westbrook is a surprise because who would have thought that he and LeBron were cool enough to do off season workouts together? Working out with other players is nothing new for LeBron as he has invited Kevin Durant, Ben Simmons and others to work out with him in the past but never Westbrook. This is now the reality and we shall see what happens as a result. Eric Bledsoe is a surprise to many because he seems to be just a throw in name in that situation. But for those that follow the NBA and basketball closely know that this is not the case at all. Bledsoe and James are both represented by Cleveland based agent, Rich Paul of Klutch Sports. LeBron and Bledsoe have become extremely close over the years and LeBron even calls Eric “little bro” or “little brother.”

LeBron and D. Rose have had countless battles on the NBA court over the years. Since Derrick Rose came into the league as a rookie these two have went at it on the court. When LeBron played for the Cleveland Cavaliers and the Miami Heat both of these teams were considered the Chicago Bulls rival because LeBron was on the team. However, there is a big difference in playing against each other and playing together on the same team. As two of the leaders and best players on the Cavaliers it is important for both James and Rose to develop that strong relationship in order to have that translate into wins during the NBA season. These workouts in Vegas are just the beginning. Expect for this to lead into the two players working out together in Cleveland both during practice and outside of NBA action. This should turn out to be a very positive thing.

What this means for LeBron James and Russell Westbrook moving forward

What this means for LeBron James and Eric Bledsoe moving forward

Eric Bledsoe and LeBron James working out together could have implications in the near future. This is because, if Kyrie Irving is traded away then Eric Bledsoe is said to be a possible key piece in a deal that involves the Phoenix Suns. LeBron James, I believe is fully aware of this, so these workouts are extremely important if that trade does actually happen. Although I believe Kyrie will remain a Cavalier we should all keep an eye out for these developments.

Don’t forget to check me out on the latest episode of One Take Tay on THE BLACK JUICE TV YouTube page, discussing a potential Kyrie Irving trade.