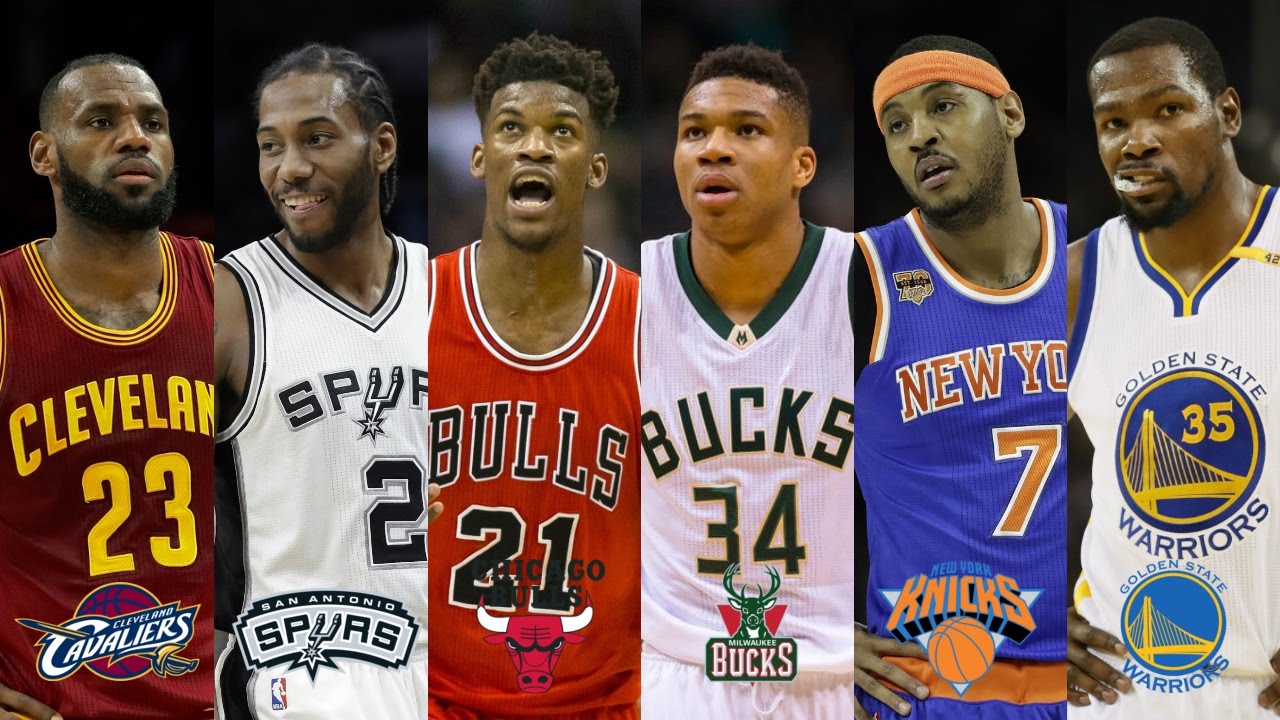 LeBron James and Kevin Durant combined for the highest scoring averages for two opposing players in the finals. Durant with 30.4 and LeBron had 29.4. The next highest scoring averages in the finals were the 1993 NBA Finals where Michael Jordan averaged 29.6 points and Charles Barkley averaged 23.4 points.  LeBron James was also the first player to average a triple double in the NBA Finals.

The small forward position has always been a crucial position because that is the player that can do almost everything on the floor. The best small forwards are two way players, as they play offense and defense superior to others. Players like Kawhi Leonard and Kevin Durant use their wing span and length to impact the game, while LeBron uses athleticism and power, and Paul George uses finesse. Star small forwards dribble and rebound equally well and he is a highlight and main attraction player.

From Elgin Baylor to LeBron James the small forward position has always been a position that compares to being a wide receiver in the NFL. Elgin Baylor had a 71 point game under his belt that was recorded on Nov. 15 1960. It was the highest point scoring games at the time and he is well known as Jordan before Jordan. He was 6’5 and 225 pounds and could score with strong moves to the basket or fancy moves to the rack.

James Worthy, Clyde Drexler, George Gervin, Dominique Wilkins, Larry Bird, Julius Erving, and Scottie Pippen are all hall of fame small forwards from back in the day that were highlight and primetime material for the league. The cream of the crop of yesteryear differs from the cream of the crop in today’s NBA at the small forward position, as players have become quicker, more athletic and versatile. Notable small forwards in recent years and present include, LeBron James; Kevin Durant; Vince Carter; Vince Carter, Rudy Gay; Ray Allen; Carmelo Anthony; Kawhi Leonard; Paul George, and Gordon Hayward.

The small forward position has evolved by being able to combine speed with shooting and defense. Julius Erving only shot 29 percent from three. the finals MVP of this year, Durant who is a small forward also, shoots 38 percent for his career and he’s 6 foot 11 with an impressive handle. Small forwards of today have extended their range and have maintained their athleticism to help further the evolution of the position.

The small forward position has developed so much, that now it is crucial to have a superior three in order to win a championship. The Warriors won 73 games last year but that still wasn’t enough because they met the greatest player in the league in small forward LeBron James. When they added Durant the next year though they won the championship easily sweeping through the playoffs, starting 15-0 and then eventually losing to the Cavaliers once in the Finals. They were the first team to go 15-0 in the playoffs in 4 major pro sports and Durant definitely put them over the top since he won the finals MVP.

Durant hit a crucial shot at the end of Game 3 to put the Warriors up 3-0 in a game that the Cavs should of had well in hand. That shot helped his case as the second best player in the NBA right now.

Teams like the Los Angeles Clippers and the Boston Celtics do not have a legit small forward in place and that is why they have not been able to jump to the next level. The Clippers have tried signing a superstar forward like Durant before and they have not been able to do it and it has hurt them along with injuries. Expect for them to address the small forward position in the first round of the draft this year.

The Clippers have not been to a finals series ever since assembling the team with Blake Griffin, Chris Paul, and DeAndre Jordan and not being able to sign a small forward has been a big factor. The Boston Celtics made it to the Eastern Conference Finals this year and were not able to conquer the Cleveland Cavaliers. The team just did not have the reliable offense able to beat the Cavaliers. There was a major 130-86 loss in Game 2 that made everybody see who was going to come out on top in that series.

The Celtics are trying to find an option at small forward in free agency and the draft. In free agency they are looking for Gordan Hayward or Rudy Gay to help their small forward woes. In the draft they have just moved down from one to three reportedly to draft Josh Jackson out of Kansas or Jayson Tatum out of Duke.

There is an upcoming player who is following the path of LeBron to play point guard and have a small forward’s body. His name is Ben Simmons. LeBron James played point guard in his rookie season with the Cavaliers and he still brings the ball up the court and sets up the offense to this day. LeBron’s passing ability and the way he sees the floor were the thing that was said the most about his abilities coming out from St. Vincent/ St. Mary’s to the NBA.

Ben Simmons also has that ability and he has the Sixers coaching staff already saying that he is a point guard. Simmons is 6’10 and more fit to play either small forward or power forward but players are so developed today they are now point guards in small forwards bodies.

The small forward position has won Finals MVP in the past 6 NBA finals and is without question the best position in the NBA right now with point guard probably being the next most important. At this rate and with the dynamic new wings entering through the draft, it does not seem like its going to change anytime soon.