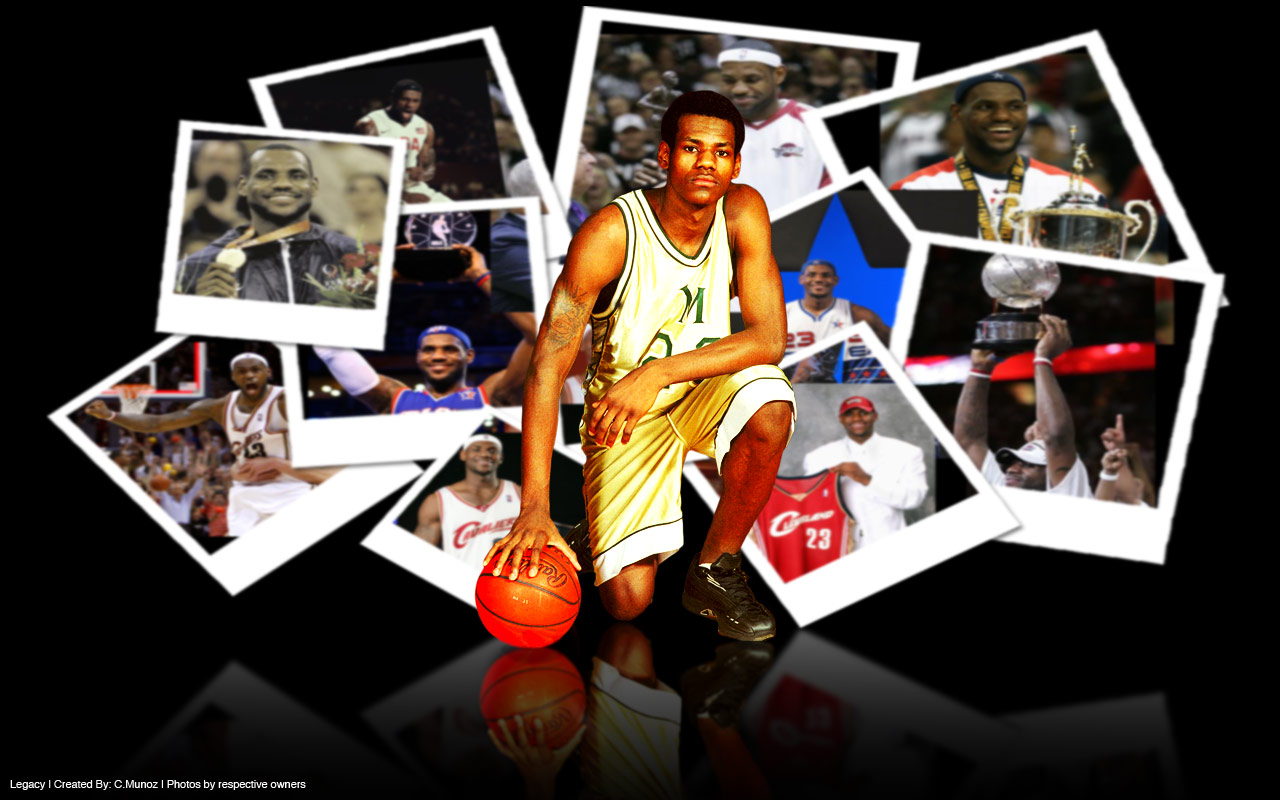 LeBron James has a 3-5 record in the finals and a lot of people are saying that he can never be better than Jordan with that type of sub .500 record. That may be true as of now but being that LeBron is still writing his story, he can still change that narrative. LeBron does not have to speak for himself when it comes to his own legacy.

The Cleveland Cavaliers lost the 2017 NBA Finals in five games to the Golden State Warriors and LeBron James legacy is now in question once again. LeBron does not have to speak up for himself though as his stats can speak for him. LeBron averaged a triple double in the finals with 33 ppg, 12 rpg and 10 apg. He is the first player to average a triple double in NBA finals history.

Michael Jordan, Wilt Chamberlain, Bill Russell, and Magic Johnson have never been able to do that. The Cavs were heavy underdogs to the Warriors, as he they took on a team featuring two players that has claimed 3 of the last 5 regular season MVP awards, which makes his stats even more impressive.

The records that LeBron broke in these playoffs has heightened his name in the conversation of being one of the best players to ever play in the NBA. LeBron passed Michael Jordan for the most points ever in the postseason and he did so in more games but less field goal attempts. He also passed Jordan for the third most points ever by a player in the NBA Finals. He is behind Kareem Abdul-Jabbar and Jerry West for the top two spots in the history of the NBA. He passed Jordan once again when he jumped ahead for the first spot in all-time free-throws made in NBA Finals history.

Passing Jordan in all these categories is crucial to LeBron’s legacy because in many folks mind, he has to be better than Jordan in every category to be better than him. Sure that is unreasonable expectations but it is the pressure that LeBron has had to deal with ever since he entered the league as an 18 year old kid from Akron, Ohio in 2003.

LeBron had one glaring finals meltdown against the Dallas Mavericks that justifiably should be questioned. He did not show up in the fourth quarter and played small for all 6 games in the series against Dirk and company. In unusual fashion he averaged less than 20 ppg for the series at 17 ppg. The Miami Heat were heavy favorites as it was the first year of the LeBron, Dwade and Bosh campaign. The following season LeBron came back with a vengeance, posting a MVP season with impressive efficiency that ended in his first championship.

There is incredible pressure for LeBron to win championships each year and in year 14 with 7 straight trips to the NBA Finals, it has almost become customary and expected for the Finals to be featuring LeBron James. The guys has been stellar, durable and consistent for so long that we tend to forget that many Hall of Famers do not even have one ring and some never ever sniffed an NBA Finals.

LeBron has three championships, while Larry Bird another notable small forward only has three as well. Magic Johnson lost four Finals in his career. Charles Barkley does not have any rings, neither does John Stockton, Karl Malone and Allen Iverson. Elgin Baylor who posted a 71-point game  on Nov. 11th 1960 only has one as does Jerry West with a 1-8 finals record. Though West only won 1 ring out of 8 opportunities he is stil the logo and said to be one of the most “clutch” players in NBA history. Aside from knowing Wilt Chamberlain for his 100 point scoring game, Wilt is also just 2-4 in the Finals as he ran into the superior team, Boston Celtics and Bill Russell multiple times. It is very strange and ironic that those players do not get the criticism that LeBron gets but they are notable greats.

LeBron knows that he doesn’t have anything to prove, as he’s been on record stating before. He has won a championship for a town that has been a well documented loser in the sport for over 50 years. He had a goal to win a ring for his state and he did so in dramatic fashion, by becoming the first team in NBA history to come back and win the finals after falling behind 3-1 in the series. People said that he couldn’t win his first ring, he did that then went on to repeat. People said he would never win in Cleveland but he did that too and at age 32 he is coming off one of his best statistical seasons.

“WHAT ELSE DO I HAVE TO PROVE? SERIOUSLY, WHAT ELSE WOULD I HAVE TO DO? I’VE WON CHAMPIONSHIPS, I WON MY FIRST ONE, AND I’VE WON FOR MY TEAMMATES. I CAME HOME AND WON. THERE ISN’T ANYTHING I HAVE LEFT TO PROVE.”~ LEBRON JAMES

LeBron doesn’t have to speak up for himself in terms of what other people have said about him in the media because his stats, body of work and supporters speaks loud enough on his behalf. He has put himself in a position to where his play on the basketball court has put him in a position to put his family and inner circle for the rest of their lives. If that wasn’t enough he is making incredible positive impacts in the lives of the youth, through his I Promise Schools and Scholarship commitments.  LeBron signed a lifetime deal with Nike that is said to put him on pace in becoming a billionaire. He has done a lot for the game and for people across the world.

It is not what he accomplishes on the court that makes his legacy solidified but it is what those accomplishments have manifested into over his span of time in the NBA. LeBron’s body of work speaks for itself and does not need to be backed up with anything else. His legacy is intact without 6-0.