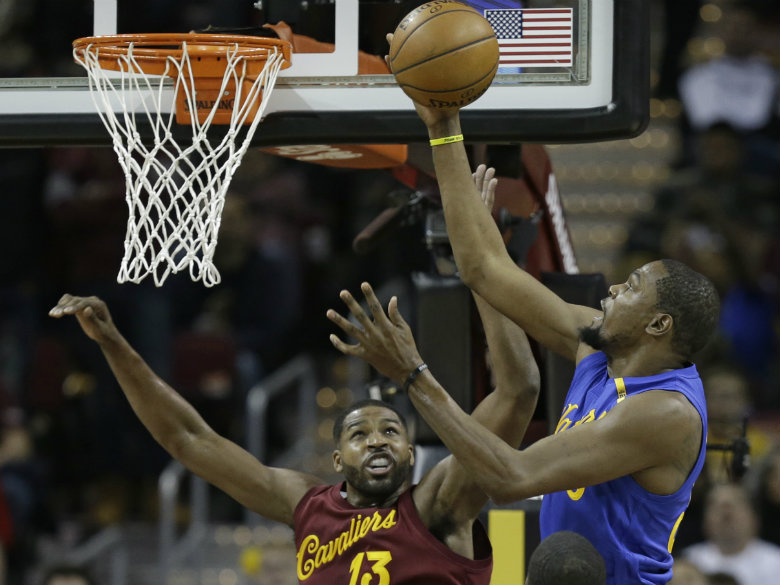 Durant’s Legacy Can be Rebuilt With Ring

Kevin Durant was the most hated athlete in sports after making the move to Golden State and now because the Warriors have played so well in the playoffs the way he’s perceived to the fans has changed.

Kevin Durant has been on fire in the 2017 NBA playoffs. He is averaging 34 points and 10 rebounds in the NBA finals and has changed what people are saying about him.

People like Steven A Smith have said that KD’s move to Golden State was the “weakest move” that he has ever seen from an athlete because he went to a team that beat him when he was one game away from the finals. Durant and his Thunder team had three chances to beat them and he failed, then ultimately joined them.

Eventually, the Warriors would fall to the same circumstances when the Cleveland Cavaliers were down 3-1 and the Cavs were able to come all the way back and win the championship.

When that happened that made that moved Draymond Green and the Warriors to reload in ammunition in the offseason by signing Kevin Durant. He has made his presence felt and the dubs are 15-1 thus far in the playoffs.

Tyronn Lue has said that this is the best team that he’s ever seen because they constantly break records every year. LeBron has said that to beat this team they have to be on their A-plus-plus game.

“Yeah, I mean, before the series even started we knew what we was dealing with,” James said. “I said it after we won the Eastern Conference finals that we’re getting ready for a juggernaut. It’s probably the most, most firepower I’ve played in my career. I played against some great teams, but I don’t think no team has had this type of firepower.

Kevin Durant won the Wooden Award when he was at Texas in college. He was the first NCAA basketball player to win that award as a freshman. Kevin Durant’s achievements are through the roof when it comes to basketball but he knows the only thing that matters is if he wins a ring and he made this move so he could finally beat LeBron James.

Durant joined a team with a much better supporting cast that Michael Jordan or LeBron has ever had and he did that to build a dynasty and a legacy so he could say that he won multiple championships and that he did it beating the best player in the world.

This move was a good decision because it was what was best for him and not what was best for people that he doesn’t even know. LeBron stopped him from winning a ring back in 2012 when he was a member of the OKC Thunder and this move was to guarantee that he would be able to win at least one ring if not more.

Durant’s move was a good decision and a decision that could set up his future. Durant is being compared to Jordan when he beat Magic Johnson to win his first ring. In the situation LeBron is Magic, who people say he is more like, not Jordan and Durant is Jordan who is trying to claim his first ring.

Durant is the only megastar basketball player right now without a ring so he knows for his off the court business to flourish and expand he has to win a ring. If Durant keeps on winning championships and competing for championships every year he’ll become the next great player next to Jordan and Kobe Bryant.