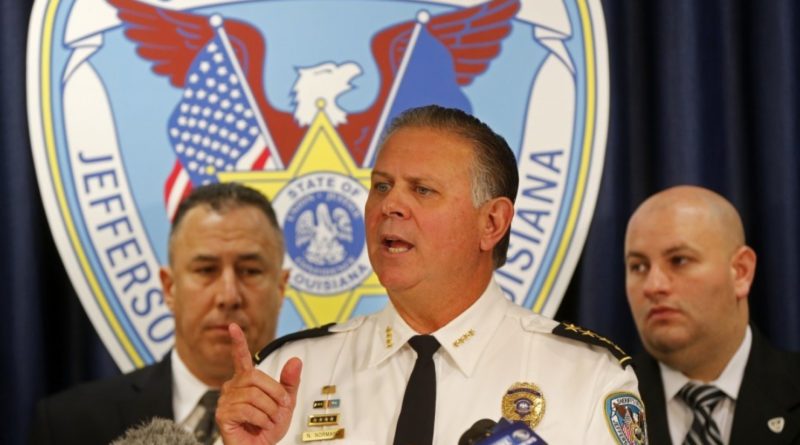 Where do I start?. First of all let me start by saying that I am pissed the hell off, excuse my language. I am no angry black woman but my anger is much more justified than an officer firing multiple rounds into the back of an unarmed perpetrator and “aggressor.”

With the up to the minute access that social media affords us all, Â I find myself being bombarded with black tragedy seemingly on the daily basis. In a week where, Michael Slager dodged prison on a mistrial, after a jury was unable to unanimously reach a guilty verdict, another white assailant walked free after murder. Ronald Gasser, 54 fired 3 shots into Joe McKnight, killing him instantly after an apparent case of road rage, turned fatal. McKnight, 28 was a former number 1 running back recruit in 2006. He went on to play at the University of Southern California and professionally in the NFL, for the New York Jets and Kansas City Chiefs.

The incident took place this past Thursday, December 1, 2016. Gasser and McKnight got into a heated verbal exchange that resulted in one dead and one with blood on his hands. Being that this murder happened in the “Stand Your Ground” state of Louisiana, a lot of questions and technicalities arose. Stand Your Ground in Louisiana, states that,

“a homicide is justifiable….When commited in self=defense by one who reasonably believes that he is in imminent danger of losing his life or receiveing great bodily harm and that the killing is necessary to save himself from that danger.”~MSNBC

Ronald Gasser admitted to shooting McKnight but claims that it was out of fear and defense to save his own life. After arguing, McKnight allegedly approached Gasser’s vehicle but did not make it back to his, as he was ultimately gunned down. According to released details, McKnight did not approach Gasser with a weapon but his step father’s firearm was later found in the car that McKnight was driving. After the shooting, Gasser remained on scene to hand authorities the murder weapon and admit to the killing of McKnight. Gasser went home for the night, while officers proceeded with their “process.”

Why Gasser went home after admitting to murdering someone is an apparent mystery to many. Interesting enough a former NFL player was shot and killed after a rear end incident turned into a heated and fatal exchange in the same state, just 8 months ago. The events left one dead and one in prison facing life. The victim was, Will Smith formerly of the New Orleans Saints, and the defendant is, Cardall Hayes. Both victim and shooter were both black.

Though the Gasser and McKnight cases have differences, two glaring difference is race and the manner in which the cases have been handled within the criminal justice system. Gasser, who is white admitted guilt but is claiming self defense. He went home for four days, and was arrested Monday, December 5th, after being charged with Manslaughter. His bond has been set at $500,000. Hayes was arrested on site of the incident with Smith, though he is also claiming self defense. His bond was set at 1.75 million, as he has been in prison since April. He is facing life in prison, as a result of being charged with second degree murder. Jury selection for his trial begins this week, as his justification or lack thereoff will be decided by trial and not police.

Normand is the combative, Republican Sheriff of Jefferson Parrish that is overseeing the McKnight case. From day one of his investigation he has appeared annoyed and overly defensive with criticism received from the public about how he and his staff has handled the McKnight case. Upon further research of him, I have found that he takes great exception to criticism that he figures is “misdirected.”

“If we are just going to look statistically, your fear, what you are trying to articulate right now, is misdirected~ Sheriff Normad 12-6-16

During his December 6, 2016 new conference to announce charges against Gasser he spent no time explaining how he arrived at a manslaughter charge, but spent a great deal of time offering expletives from things he read on social media and from an angered black community. He spent the rest of the time thanking elected officials and paid professionals for doing their jobs, then he offered threats to arrest protestors and made sure to let us all know that he did “not care” for those that criticized him. To put it simply it was a shit show of a political performance, at the expense of Joe McKnight’s life and the feelings of those mourning his death.

Looking like the next big FOX News star out of touch with reality, as he expressed his Rudy Giuliani like principals, his entire tone was insensitive, defiant and inappropriate to put it lightly. His obvious bias and inability to separate the task at hand from his fragile ego as a white male shielded by a badge and a blue uniform, that many refer to as a “blue life,” makes me personally lack confidence in his ability to thoroughly conduct a fair investigation, that yields justice. He childishly and vehemently dismissed criticism and concerns from those that he is paid to serve. Instead he proclaimed that he did “not care,” what the public had to say. Being that he is a public official, a gatekeeper to justice and a safeguard of protection, to say that his behavior, attitude and language is problematic for numerous reasons would be an understatement.

Sheriff Normand defended his decision not to immediately arrest Gasser, for “strategic reasons,” and because he did not believe that any witness had either corroborated or contradicted Gasser’s story. The fact that he had one dead, a murder weapon and an admission complicated the process, obviously more so than what it did for officials handling Will Smith’s murder. Instead of reassuring the community that justice would prevail, he said everything that painted him as a disgruntled, white officer, fed up with being criticized and under the microscope. “Tough.”

“For those who have criticized the men and women of this organization and the strategy decisions that we made relative to that: Tough. I do not care, because what I know is I can put my head on the pillow every night, knowing that we’ve done the right thing for the right reasons.~ Sheriff Normand

I find it quite sad, that he takes such offense to criticism, yet hold no consideration or understanding to black plight and lack of justice in this country. During his conference he urged the community to “relax,” “pause,””show patience,” “show tolerance,” and urged us all to believe that the case and investigation “is not about race,” because “no racial slur was uttered.”

Whelp being that us black folks have refrained from going into places to shoot up things just out of hurt, I think we are being pretty damn tolerant. I guess we get more tolerant each “justifiable” homicide after another. Tamir Rice; Walter Lee Scott; Sean Bell; Eric Gardner; Oscar Grant , just to name a few, shows us what “trusting the process gets us.” Let’s just say, it damn sure ain’t justice. I have zero confidence that the United States Criminal Justice system would deliver anything more than bulls*** in this case as well, because in the words of Pusha T, it’s “just another n***** dead.”

RIP to Joe McKnight, you’re life was not a disposable throw away to US. In the end though its no justice, its JUST US.

~TayJordan is a Howard law school drop out, that loves to write about what others won’t. She loves LeBron James, Russell Westbrook and Damon Dash. She strongly dislikes racism, police brutality, coconut and Steph Curry’s game. You can follow her @bucketandmusic

Don’t be scared to sip THE JUICE!