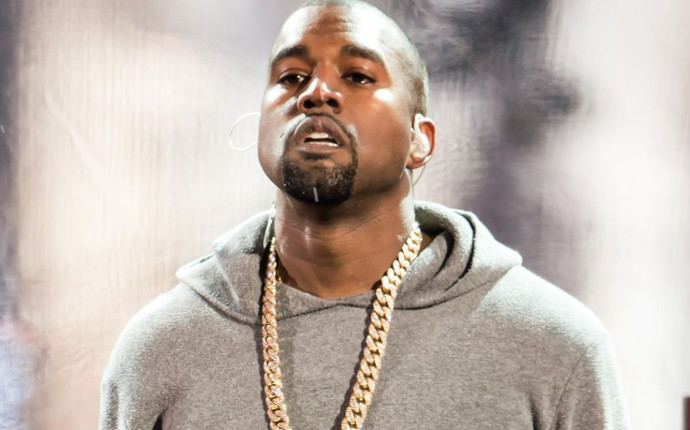 We donâ€™t really need an introduction do we? â€œYeezy, Yeezy, Yeezy, just jumped over Jumpman.â€ Kanye is a special kind of person and we probably all wish to find someone that loves us the way Kanye loves himself. How can we not love Kanye? With several different album name changes, from So Help Me God to SWISH to Waves, we finally have The Life Of Pablo. Even the track list changed a dozen times before the album’s release. The album went from ten songs to eventually eighteen. I can admit, I was a little disappointed when Kanye initially announced that his album was only 10 songs. Luckily, he got his mind right. Temporarily.

It seems like more, but Kanye West is on his 7th solo LP. It is a lot of controversy surrounding the album. If you donâ€™t know what Iâ€™m talking about then you probably have been living under a rock the last month or so. From multiple album name changes, to the Wiz Khalifa â€œBeef,â€ Amber Rose finger in the booty drama, a Nike diss record, mind boggling twitter rants, a re-spark of Taylor Swift drama and the album only being available via Tidal. Kanye is having an already drama-filled year but he has the internet buzzing so I am sure that he is loving the attention. Â I forgot to mention his beg for millions plea to Mark Zuckerburg. People say that ‘Ye hasnâ€™t been the same since his mom died and that may well be true but still his music speaks for itself. He has pure artistry, as he is the true definition of an “artist,” but is it too much? TLOP is different from Yeezus. Let see what we come up with.

1. Ultra Light Beams: Beautiful, beautiful song. I felt this in my soul. This song will probably be the closest thing to gospel on this album. Kanye sings to perfection on the track.Â  I just wish there was more Kanye on here as far as a rap verse or maybe even a back and forth with Chance the Rapper. We havenâ€™t heard Kelly Price vocals in some time. I was wondering whoâ€™s angel like voice was on the second verse. She truly blessed the track and Kirk Franklin even shows the track love. Chance the Rapper murdered this song. Iâ€™m not really hip to him like that but he has the standout verse here. 5/5

â€œYou can feel the lyrics, the spirit coming in braille
Tubman of the underground, come and follow the trail
I made Sunday Candy, I’m never going to hell
I met Kanye West, I’m never going to fail
He said let’s do a good ass job with Chance three
I hear you gotta sell it to snatch the Grammy
Let’s make it so free and the bars so hard
That there ain’t one gosh darn part you can’t tweetâ€

2. Â Father Stretch My Hands Part 1: The production is ridiculous. That sample in the beginning is crazy. The old school feel put a smile on my face even though it only lasted a few seconds. When those hi-hats comeÂ in; it sets the song off. This is what art is. Now, the lyrics are nothing to rave about and the title of the song have nothing to do with what Kanye is singing/rapping about.Â Kid Cudi and Future makes this song but was this Kanyeâ€™s idea? There really is zeroÂ standout lyrics on this record, except for the catchy choras. Some may find that to be typical Future but to me the collaboration was a waste and a missed opportunity. The song is only 2 minutes and Kanye only rapped for one verse. The energy alone grabs me and makes me want to give it 5/5 but short length and lack of bars is disappointing. The production is handled by Kanye, Mike Dean, Rick Rubin, and Metro Boomin, which makes for an all-starÂ team. I like the beat so I amÂ being biased by giving this record such a high rating. 4/5

3. PT 2: The Street Fighter saying â€œPerfectâ€ in the beginning is brilliant. Itâ€™s the little things like that which makes Kanye who he is. He spits a quick 16 as if he is the guest feature. He sings about his father, his mother and his jaw being broke in a matter of 60 seconds. Kanye this is your album. This is another short, 2- minute track. He should have just combined the 2 songs into one and added a rap verse but hey who am I? Pusha T’s first signee since taken over as G.O.O.D Music President is on the track. His name isÂ DesiignerÂ and honestly he sounds like the Great Value version of Future Hendrix. Perhaps this song was meant to be Desiigner’sÂ introduction to the world because he is on the track more than Kanye West. Again energy and production saves this track.Â 3/5

4. Famous: Havoc and Kanye on the production? WHOA, I would have never thought that we would see this combination. I just know it was Kayneâ€™s idea to break the beat down. â€œSwizz told me to let the beat rock.â€ Swizz appears on the track in typical Swizz fashion, to instigate and amp the artist up and Ye comes through with some head turning rhymes. Rihanna’s voice owns the track, making it straight fire. I still think this song should have been longer but maybe Kanye just wanted to give us brief snippets on everything. This track would have been better it included two lengthy verses. Iâ€™ll give him a pass this time because the sample was crazy. This is a stand out track Â because of the mentioning of Taylor Swift and it’s club banger worthy. 5/5

â€œFor all my Southside n****s that know me best
I feel like me and Taylor might still have sex
Why? I made that bitch famous
God damn
I made that b**** famous
For all the girls that got d*** from Kanye West
If you see ’em in the streets give ’em Kanye’s bests
Why? They mad they ain’t famous
God damn
They mad they’re still namelessâ€

5. Feedback: I feel this was a track meant for Yeezus. It feels like a disoriented party song which is not a bad thing. One thing we can all agree on, is that he has been out of his mind for a long time. I donâ€™t know whatâ€™s going on with these 2 verse, 2 minute a** songsÂ but I donâ€™t appreciate it. Iâ€™m not giving him a pass anymore at this point. Production is dope so he’s lucky. I do like the lyrics but he is just rambling or shall I say ranting. I like the last verse, because he shows a glipse into the old Yeezy. “We have our hands up and the cops still shoot. Whereâ€™s the justice at?”Â 3.5/5

â€œFashion show in Gotham, I need another costume
PETA’s mad cause I made a jacket outta possum
Awesome, Steve Jobs mixed with Steve Austin
Rich slave in the fabric store picking cotton
If Hov J, then every Jordan need a Rodman
Man, Jay, they don’t really want no problems
Driving in the same car that they killed Pac in
Driving in the same uh that they killed Pac in
Hands up, we just doing what the cops taught us
Hands up, hands up, then the cops shot usâ€

6. Low-Lights: He really delivered a gospel feel here. He doesn’t appear vocally on the song but he has a female deliver some very soulful vocals. The song is a reference to God and it’s sound reminds me a lot about early Kanye. It has a, College Drop Out, “I’ll Fly Away” type of sound.Â This isÂ an inspiring skit. 5/5

7. Highlights: This song is mediocre. It is just one verse with some singing. Iâ€™m getting tired of this. Another throwaway track. What happen to rapping Kanye? He keeps harmonizing even though I criticized him on not harmonizing on the skit. Leave that to Young Thug and The Dream who is on the track. He has to learn when to sing and when not to. All this singing and Iâ€™m exhausted of hearing about his â€œb****â€. This song I believe was supposed to be for Young Thugâ€™s album. Kanye West is trying to keep up with the current state of hip hop and it did not exactly go over. He raps, â€œSuperstar family, we the new Jacksons.â€ I hope he is not talking about the Kardashians. Hold this L Kanye. 2.5/5

8. Freestyle 4: Why Kanye, Why? You waste a perfectly crafted beat on some bulls*** a** lyrics. Luckily for you, the song can get a club off its feet when the beat come on. That is the only thing saving this song. Itâ€™s what the culture calls â€œturn up music. I love the beat but I hate the lyrics. Again why does it have to be so short? This song resembles his rants which he has every so often. I donâ€™t want to be bias here. Off production alone it gets a 5/5. Lyrically 2.5/5.

9. I Love Kanye: Call me crazy but this sounds like the old Kanye. He knows everybody miss that soulful chop up the beat Kanye. I like this little excerpt. He finally realizes that people like him better when he was actually sane. I am not saying that he is crazy but he is a little different now. The money, fame, and these females really got Kanye acting as if he is untouchable. Donâ€™t get me wrong, Kanye is a musical genius but he tends to stick with whatever the current fad is and exploit it by any means. I admire the truth behind this and it’s funny. 5/5

I miss the old Kanye, straight from the ‘Go Kanye
Chop up the soul Kanye, set on his goals Kanye
I hate the new Kanye, the bad mood Kanye
The always rude Kanye, spaz in the news Kanye
I miss the sweet Kanye, chop up the beats Kanye
I gotta to say, at that time I’d like to meet Kanye
See I invented Kanye, it wasn’t any Kanyes
And now I look and look around and there’s so many Kanyes
I used to love Kanye, I used to love Kanye
I even had the pink Polo, I thought I was Kanye
What if Kanye made a song, about Kanye?
Called “I Miss The Old Kanye,” man that would be so Kanye
That’s all it was Kanye, we still love Kanye
And I love you like Kanye loves Kanye

What are your thoughts about the album? Stay tuned for next week’s review of tracks 9-18

One thought on “Kanye West, The Life of Pablo Album Review (Tracks 1-9)”